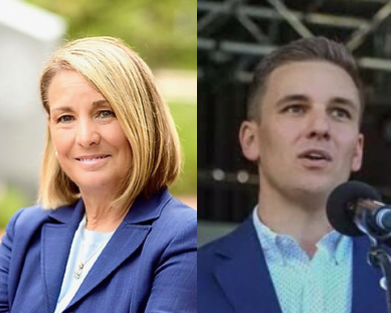 (WBBM NEWSRADIO) — The race for DuPage County Board chair shows that it’s a different day in the county once known as a Republican stronghold.

Democratic state Rep. Deb Conroy says it’s a good time for a Democrat to run for DuPage County Board Chair because people see how divisive Republican Politics can be. She cites the provocative faux newspapers showing up in area mailboxes.

That’s the same kind of material that triggered death threats against her when she was running in the primary, Conroy said.

Republican chair hopeful Greg Hart said he’s the most bipartisan member of the board, though he can get political. He said he’s voted to lower taxes but insists Conroy has voted to support every tax presented to her.

Hart has the endorsement of big name Republicans, including the outgoing incumbent. But there’s a Democratic majority on the board, and the party is hopeful.

Despite the one-time dominance of the GOP in DuPage, this year it’s a race.

The candidates appear on this weekend’s edition of “At Issue,” which will air at 9:30 p.m. Sunday.