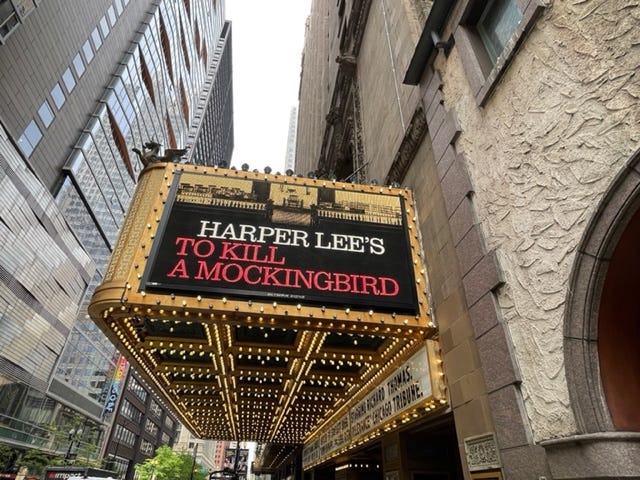 (WBBM NEWSRADIO) — For many of us, Harper Lee's To Kill a Mockingbird was required reading as a child. The book was adapted into the classic 1962 film with Gregory Peck.

"I think I read the book in 8th grade," recalls Yaegel Welch, who plays Tom Robinson, a Black man wrongly accused of raping a white woman, in the stage adaptation currently running in Chicago.

“I remember at first I was drawn to the kids and the mystery of what Boo Radley was,” the actor says. “But when I was studying for my master's degree, I was researching Black actors and came across Brock Peters, who was in the film. In watching the movie, I got so drawn into the Tom Robinson story and what it was about. I actually earned my union card doing a citywide tour of this play.”

The New York City-based actor also played the character on Broadway with Jeff Daniels in the starring role of defense attorney Atticus Finch.

"This is the Aaron Sorkin version, which is more updated for today,” Welch says. “This version flushes out the minority characters, and he gives them more humanity. You get to see the world through their lens a bit more clearly."

Welch says playing Tom Robinson is poignant, especially during this time in history, after the George Floyd killing and following COVID. 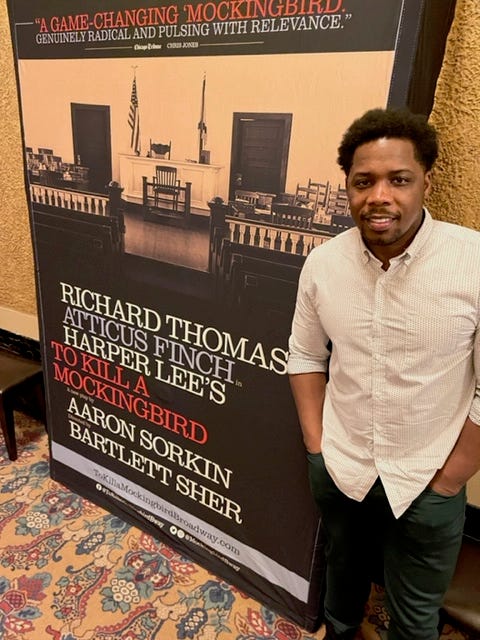 "There is a difference the way audiences react to this story now and post-George Floyd and post-COVID. They are much more call and response. I think in some ways the tragedy of George Floyd brought us all together as people. Regardless of race, we can see injustice. Now, when people watch To Kill a Mockingbird they can see the injustice so clearly. There's a communal anger that isn't in a time capsule, and they realize this isn't so far away.”

Welch recounted an incident while he was on stage in Cleveland last weekend.

"Someone had a heart attack in the audience during my testimony [scene]. I'm doing the evening show, the audience is freaking out. Someone yells ‘light,’ but people hear ‘knife.’ I'm the only Black person on stage. I run off stage. 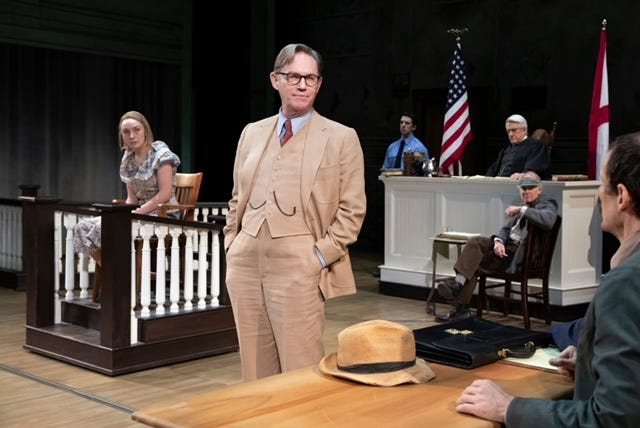 “The world we live in now, I have to fear being killed in the theater, when that's not what we were or have to be. It's become so present and so palpable to me know, every chance I get to perform this part I feel like it's a call to action. I feel like I get to live a manifested purpose that I'm meant to do.”

This version of the play stars veteran television actor Richard Thomas of “The Waltons” fame as Atticus Finch and features Mary Badham, who played Scout in the original film.

Welch said he hopes people walk away with a new sense empathy.

"I hope the audience has empathy to another person's experience. I hope people empathize with something that may not fit in the pocket of what's happening to them. You have to be an active activist for trans rights, gay rights, women's rights, minority rights, immigrants rights, but if you see that injustice happening, in order to make this world a better place, we have to fight against those injustices,” he said.

"This play brings that to light,” he said, smiling.

To Kill a Mockingbird is at the Nederlander Theatre through May 29. 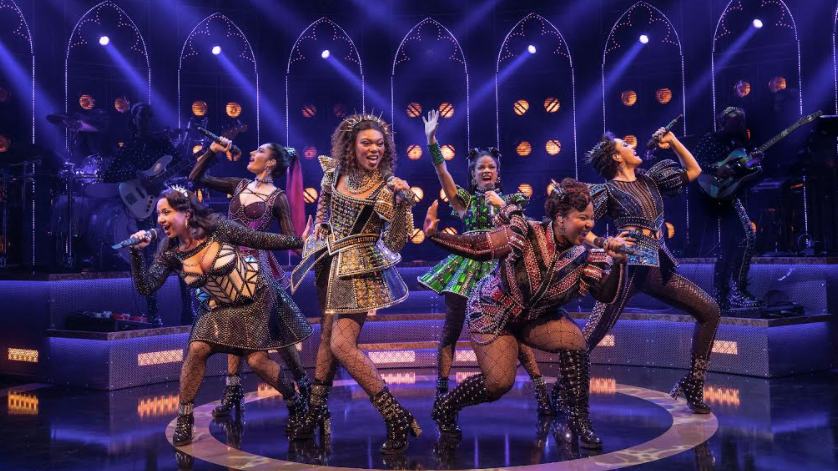