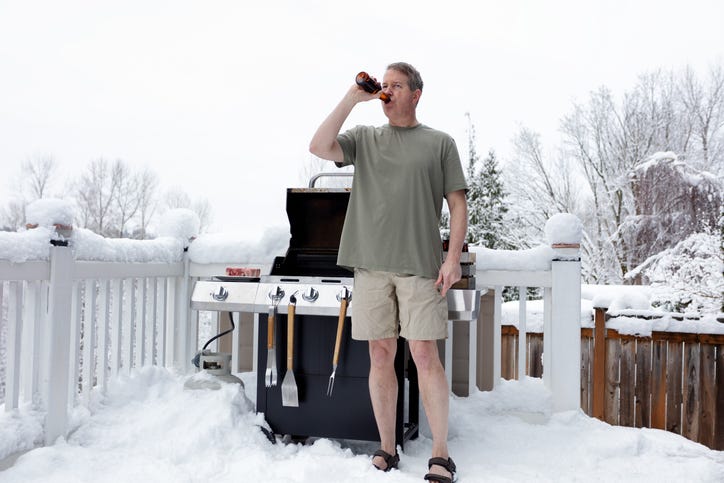 A new survey on YouGov.com asked people to name the lowest temperature that they believe is warm enough to wear SHORTS outside.

But there are definitely people who go more extreme in both directions.

On the other end of the scale, 7% of people don't think shorts weather starts until it's over 80.