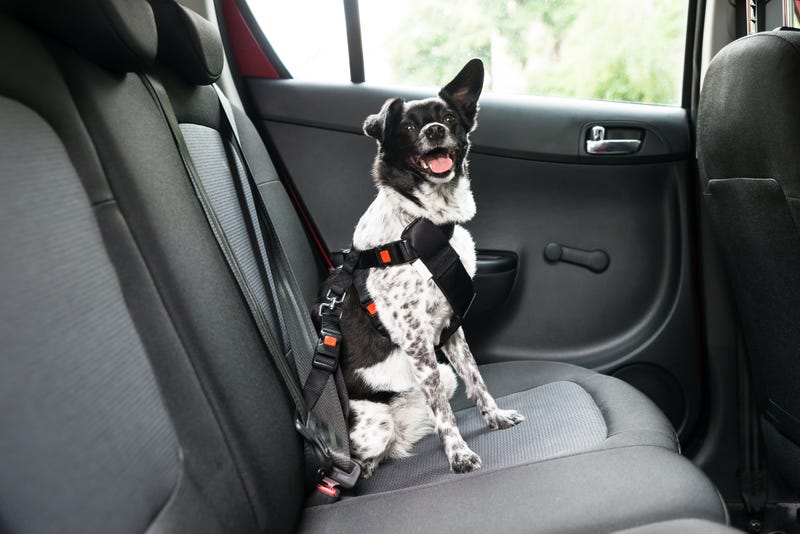 Dog In Car Photo credit (Getty Images)
By The Wake Up

WNBA star Brittney Griner has been convicted of drug possession and smuggling, and was sentenced to NINE YEARS in a Russian prison. She was also fined about $16,700. The U.S. calls it "unacceptable."

A judge ruled that InfoWars host Alex Jones must pay the parents of a Sandy Hook victim $4 million for defamation.

Post Malone raised over $200,000 for charities by doing four livestreams of himself playing "Apex Legends". He raised money for the Human Rights Watch, Project HOPE, United Way, and the Trevor Project.

Kylie Jenner recently got slammed for posting some amusing photos in an unsanitary makeup lab in Italy. But she said it wasn't an actual manufacturing facility . . . and that she'd never bypass safety protocols.

Amanda Seyfried said each year she struggles more and more being a fan of "Bachelor Nation". She can't watch it guilt-free. Also, if she had to date any past contestant, it'd be Ben Higgins.

By next summer, HBO Max and Discovery+ will merge into one streaming service.

It's hard to believe, but The Rock has been in L.A. all these years, and he's NEVER had In-N-Out. Well, that has changed. This week, he shared video of him trying In-N-Out for the FIRST TIME as a "cheat meal."

Maren Morris has a story about being starstruck by Elton John. "The only time that I've really been starstruck is sitting and having tea with Elton John. I'm one of artists on his ['Restoration'] compilation project and he invited all of us to have high tea with him. I was like, 'This is insane. I'm sitting here just having tea with a knight.'"

And the action comedy "Bullet Train" starring Brad Pitt as a disillusioned assassin sent to Tokyo on a simple mission to retrieve a briefcase from the world's fastest train hits theaters today. Sandra Bullock plays his handler, and the rest of the cast includes Bad Bunny, Zazie Beatz, Joey King, Brian Tyree Henry, and Aaron Taylor-Johnson.