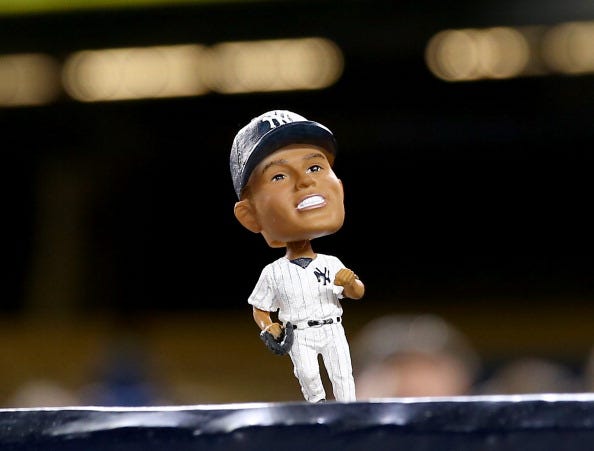 ESPN.com reports that endless boxes of BOBBLEHEADS were NOT given out by Major League Baseball last year.

For example, the Pittsburgh Pirates had a Trevor Williams bobblehead day set for last August.  They planned on giving away 10,000 bobbleheads with Trevor in a "Star Wars"-inspired stormtrooper outfit.

The celebration never happened . . . and now, Williams has moved on to the Chicago Cubs. The Pirates sent him 200 of the bobbleheads . . . and the rest, which are jammed into 917 boxes, are in a storage unit in Pittsburgh.

I had about 75 of these guys show up on my porch. The exclusive-never-before-seen-bobblehead-that-was-supposed-to-be-a-giveaway-in-2020 😂 I’ll be doing my own giveaway soon! Stay tuned pic.twitter.com/UJwe3JhseU

The Pirates also had a bobblehead day set for Josh Bell, who they just traded to the Washington Nationals.  It's unclear where those toys are.  And most teams are dealing with similar "problems."

The company that makes the majority of the bobbleheads estimates that about FOUR MILLION of them are sitting in warehouses somewhere.

Obviously, the teams will try to use some of the items in future promotions, offer them to season-ticket holders, or donate them to charity.  And really, there are a lot of kids who won't care if the player is no longer with the team.

Worst case... The teams will just recycle them.