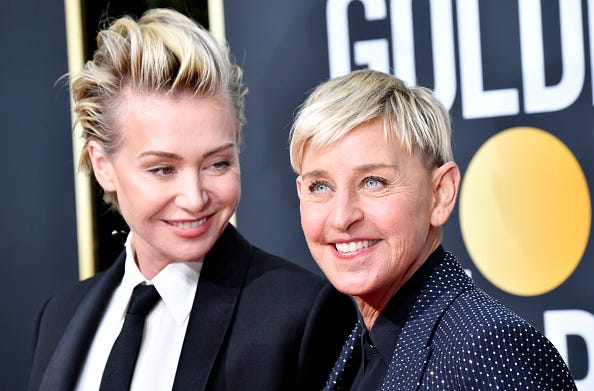 Sometimes you mess up so bad, or fall into a controversy so deep, that you can't apologize your way out of it. At least not right away.  Someone made a list of celebrities who, quote, "ruined their careers in 2020." So apparently, we'll find out in 2021 if they can rebound.

1.  Lea Michele, for her battles with her former "Glee" co-stars.

2.  Doja Cat, for her alleged racism.

3.  Lana Del Rey, for whining about the criticism she gets.

4.  Jeffrey Toobin, for accidentally exposing himself during a Zoom call.

6.  Ellen DeGeneres, for supposedly being a horrible, disrespectful boss.

7.  Johnny Depp and Amber Heard, for their on-going battles over alleged domestic abuse on both sides.

10. J.K. Rowling, for a series of anti-trans statements.