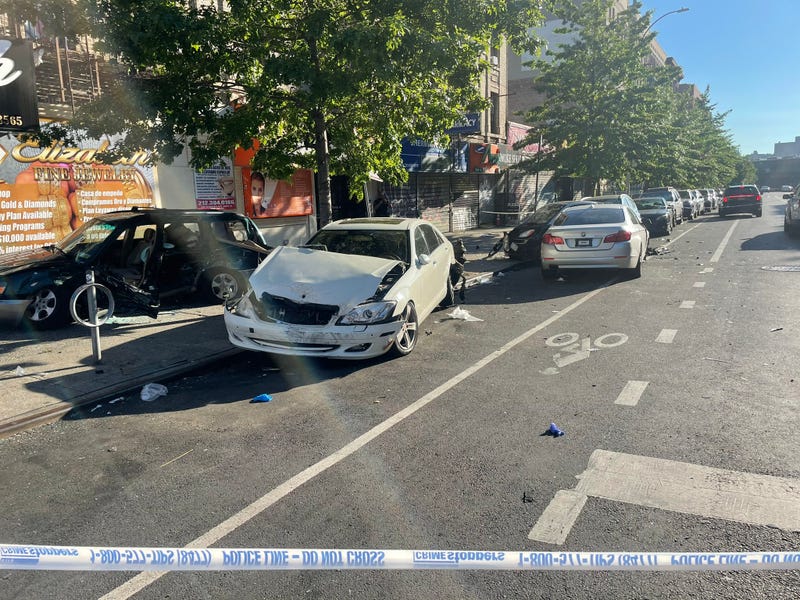 At least five vehicles appeared to be damaged as police investigated at Sherman Avenue and W. 207th Street in Inwood on Wednesday morning. Photo credit Glenn Schuck
By Adam Warner and Glenn Schuck

NEW YORK (1010 WINS) -- Two pedestrians were killed, and at least five other people were injured, three critically, in a horrific two-car crash in Upper Manhattan on Wednesday morning.

The two sedans collided at Sherman Avenue and W. 207th Street in Inwood around 4 a.m.

The impact of the head-on collision sent at least one of the cars careening into pedestrians, as well as several parked vehicles. 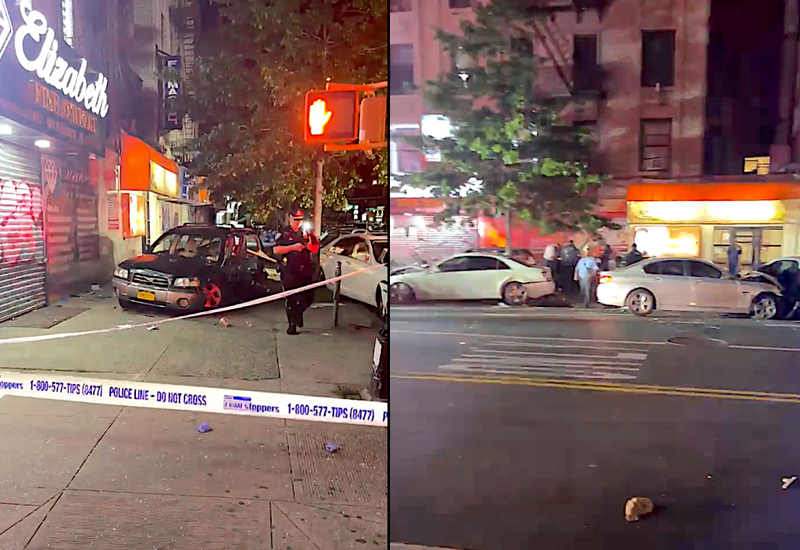 One vehicle ended up on the sidewalk, although it's unclear exactly where the pedestrians were hit.

There were at least seven victims in the crash; two men died and five more people were injured, three of them critically.

It's unclear if the injured included people in the two vehicles. Initial reports indicated that no one in the cars was seriously hurt. 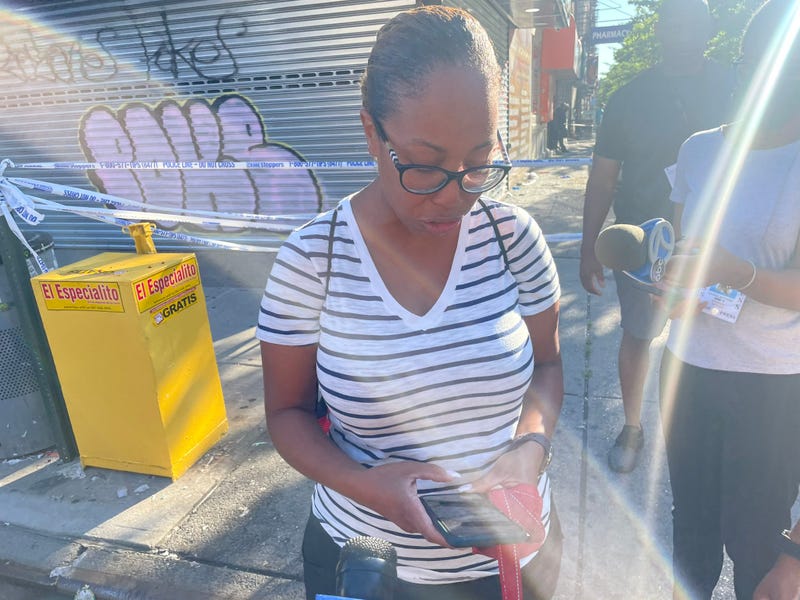 Melissa Gomez said her 30-year-old cousin, who she said is a new dad, was killed in the crash. Photo credit Glenn Schuck

Melissa Gomez told 1010 WINS that her 30-year-old cousin, who she said is a new dad, was killed in the crash.

Five vehicles appeared to be damaged near the intersection as police cordoned off the scene at daybreak.

An investigation into the cause of the crash is ongoing. 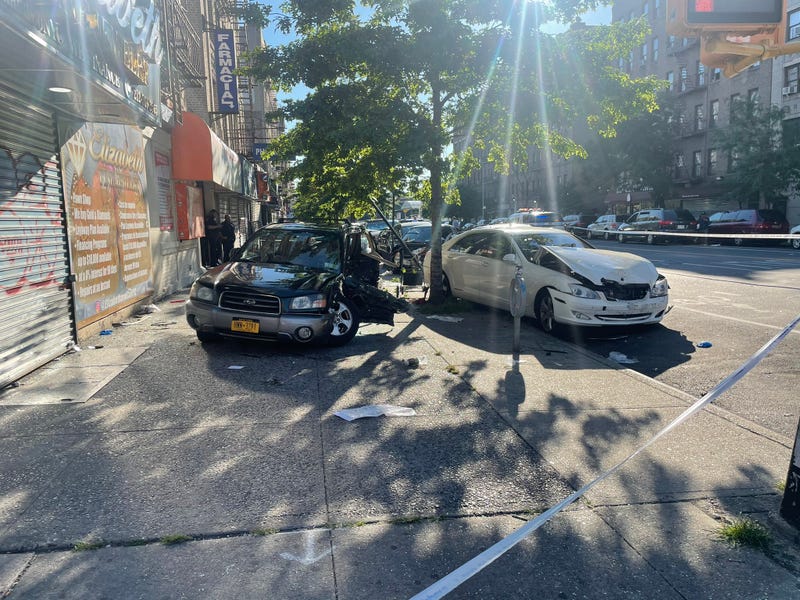 At least one of the vehicles landed on a sidewalk during the horrific early morning crash. Photo credit Glenn Schuck 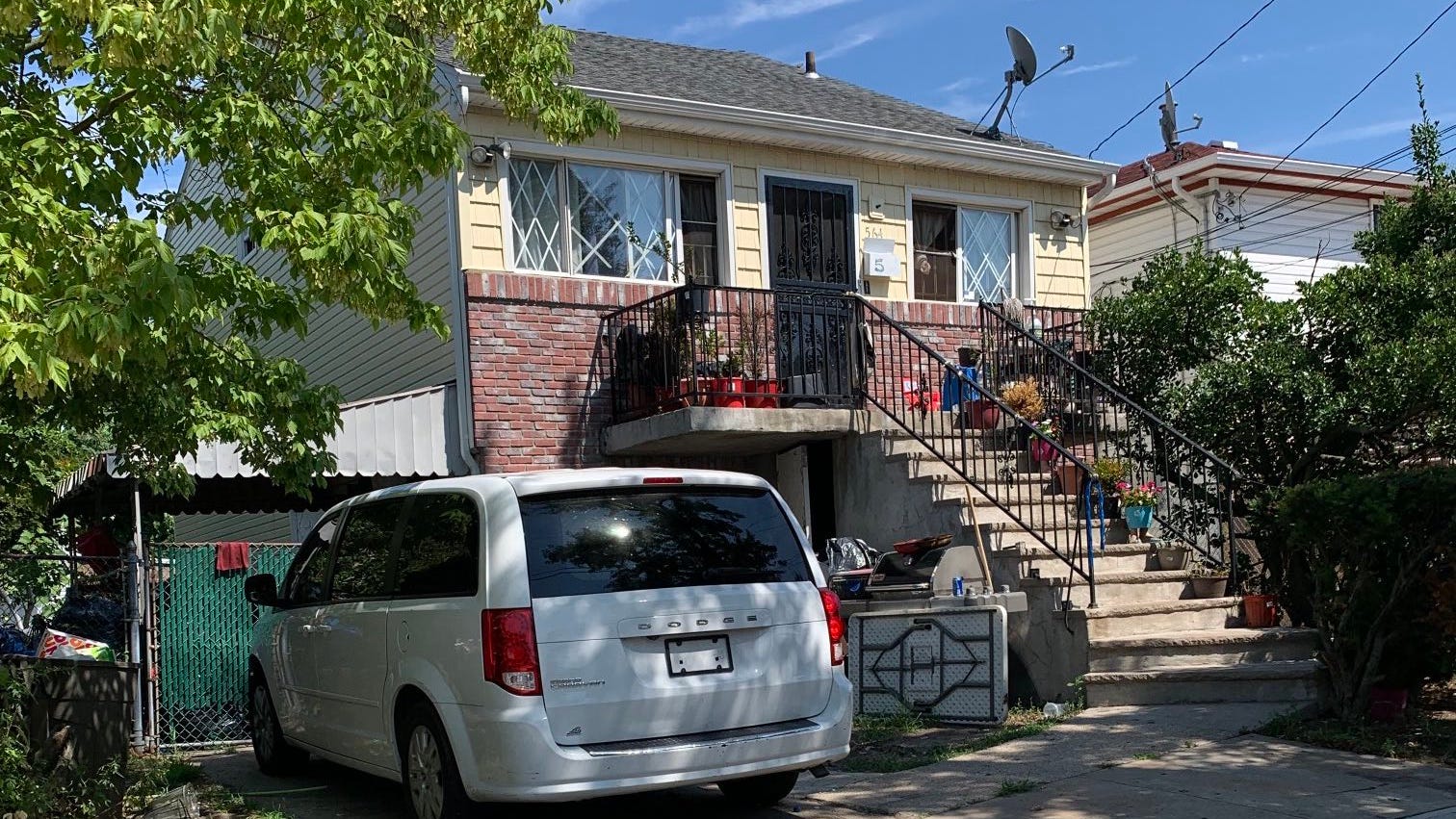 NYPD ID's boy, 14, fatally shot in back in driveway of Queens home: NYPD 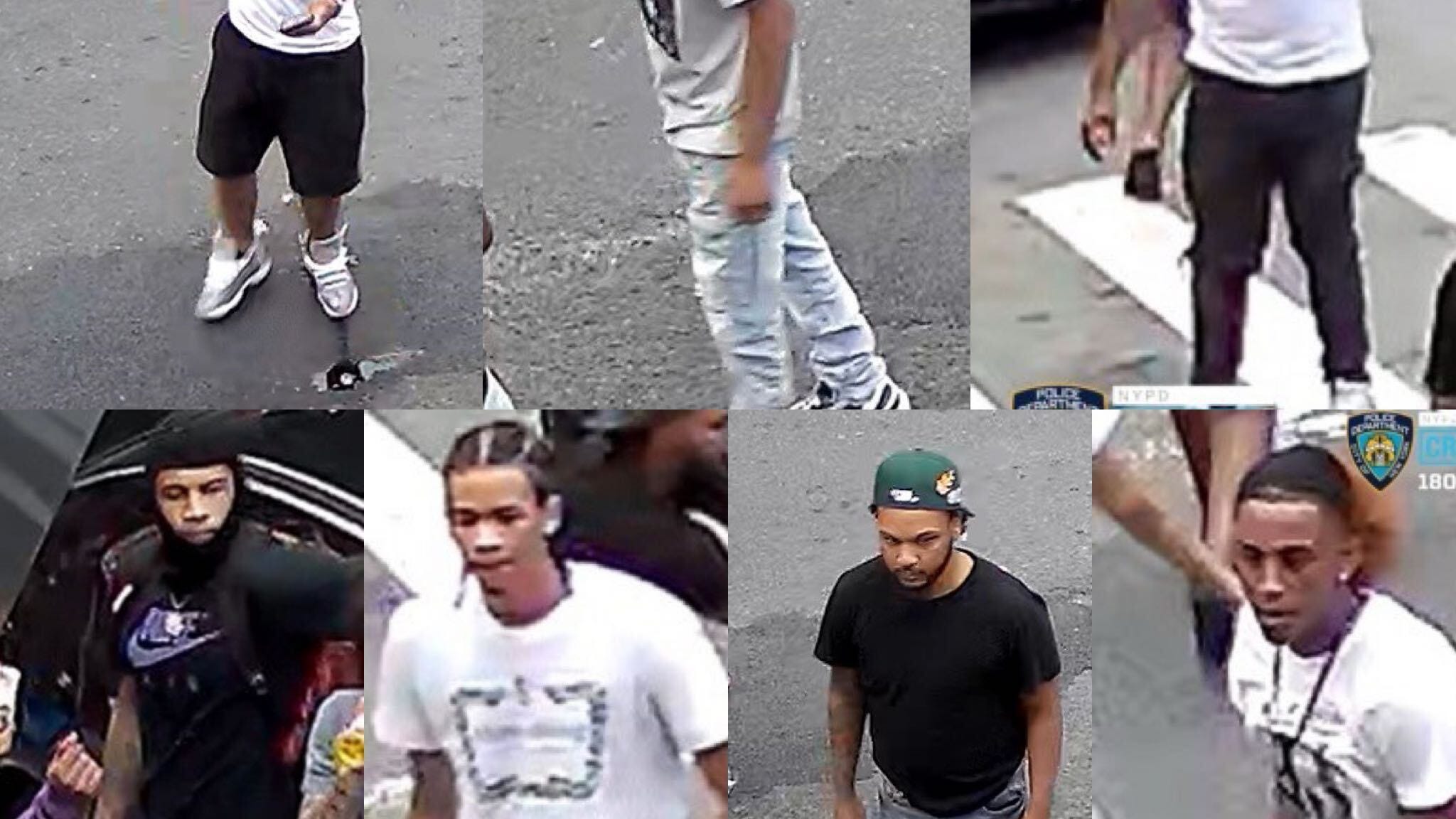 VIDEO: 7 men sought for throwing glass bottles at NYPD officers in the Bronx