The New York Mets agreed to lucrative free-agent deals with Starling Marte and Mark Canha this past Friday. When you factor in Brandon Nimmo's continued presence in Queens, it feels increasingly likely that Michael Conforto will be playing for a new team in 2022.

This may sound obvious, but it's especially true in this case -- how long Conforto is looking to sign for will ultimately determine his landing spot.

After a disappointing contract year that saw him post just a .729 OPS, Conforto could very well opt to sign a lucrative one-year deal, just like his former teammate Noah Syndergaard did with the Los Angeles Angels. Yes, Conforto declined the one-year/$18.4 million qualifying offer extended to him by the Mets, but so did Syndergaard and Justin Verlander before ultimately landing larger one-year deals on the free-agent market.

At the same time, Conforto -- who will turn 29 next March -- is on the right side of 30, and teams will have to surrender draft compensation to sign him because he declined the qualifying offer. So at least some of his suitors might be more interested in his services if he's willing to sign a long-term deal, like the six-year/$140 million pact that Ken Davidoff of The New York Post has projected Conforto will sign. He may also prefer the long-term certainty of a deal, rather than a one-year, prove-it contract.

A potential compromise here could be Conforto signing a five or six-year free-agent contract, but one that would allow him the chance to opt out after the second year of his new deal if he returns to the production level that he showed between 2019 and 2020. Eduardo Rodríguez just signed a similar deal with the Detroit Tigers.

With his contractual dilemma in mind, here are five potential landing spots for Conforto in free agency: 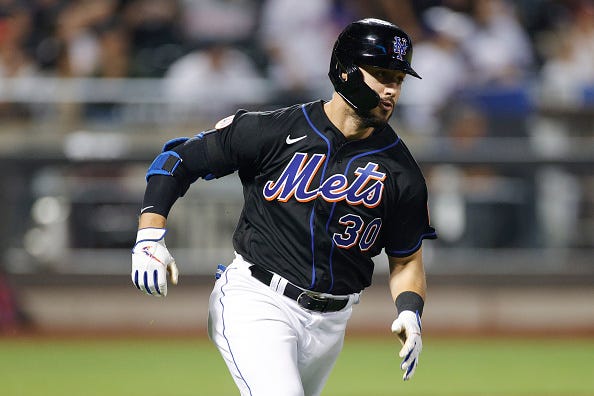 At the outset of the MLB offseason, Mike Petriello of MLB.com wrote that the biggest need on the Rangers roster was everything. They filled two of those needs Sunday when they inked a seven-year/$175 million deal with AL MVP finalist Marcus Semien and followed that up with a four-year deal for righty Jon Gray, but they still have a lot of work to do. If you added Conforto to a lineup that also includes Nate Lowe and Adolis García, Texas would begin to have a formidable lineup. 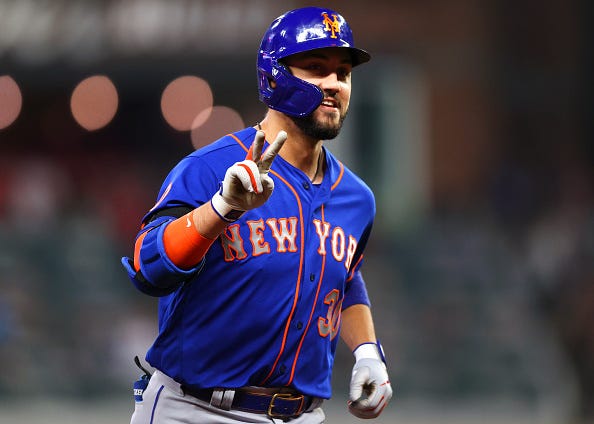 A right-handed hitter like Nick Castellanos may be a better fit, but the Brewers unquestionably need to add another middle-of-the-order bat this offseason. They have arguably the best starting rotation in baseball, led by NL Cy Young Award winner Corbin Burnes. And assuming they don't trade Josh Hader, the Brewers bullpen -- which also includes former NL Rookie of the Year Devin Williams -- is also a very strong unit. If the Brewers can add an impact bat like Conforto and get a bounce-back year from Christian Yelich, they could very well be a World Series contender in 2022. 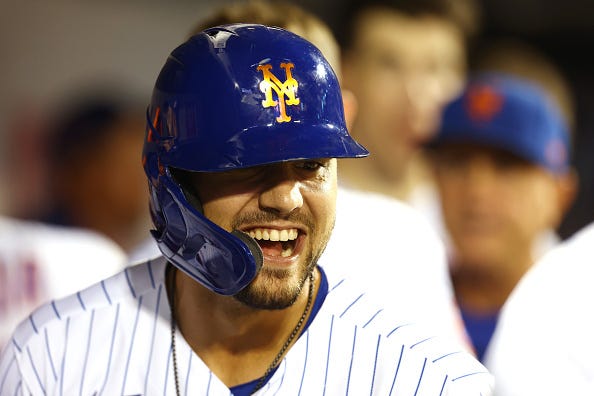 The White Sox would probably qualify as a suitor that would be more interested in signing Conforto to a one-year deal in excess of $20 million than a long-term pact. Yoelqui Cespedes probably isn't too far away from joining Luis Robert and Eloy Jiménez, but a year of Conforto hitting in the middle of Tony La Russa's lineup would probably increase the White Sox chances of winning a World Series. 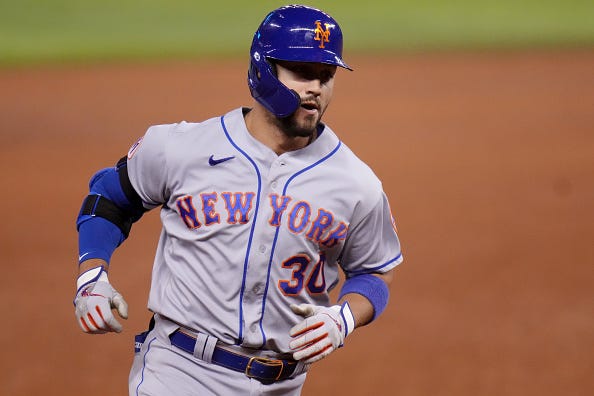 The Phillies don't have a ton of room to work with under the luxury tax threshold, but president of baseball operations Dave Dombrowski has talked about adding another left-handed bat to the middle of a lineup that also includes reigning NL MVP Bryce Harper. The Phillies also need a starting left fielder to replace Andrew McCutchen. So Conforto would kill two birds with one stone for the Phillies. It's just a question of whether Kyle Schwarber -- who won't cost as much and won't require surrendering any draft compensation -- would be a better fit. 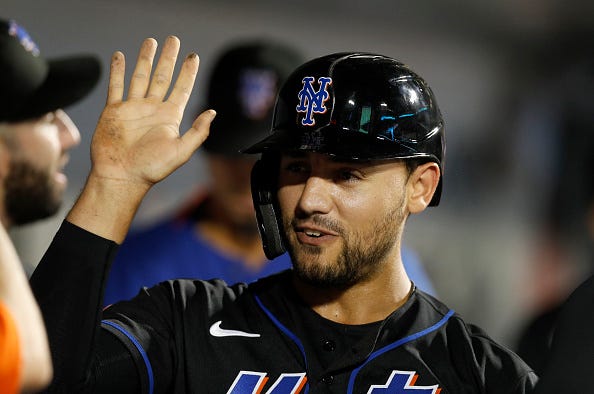 The Braves also fall under the category of teams who would be more likely to make an expensive investment in Conforto on a one-year basis, rather than a long-term pact. Alex Anthopoulos got a tremendous return on the one-year/$23 million deal that he signed Josh Donaldson to ahead of the 2019 season, and probably wouldn't hesitate to sign Conforto to a similar deal. Despite being the defending World Series Champions, the Braves could stand to add a veteran to an outfield that likely won't get Ronald Acuña Jr. back until at least May. 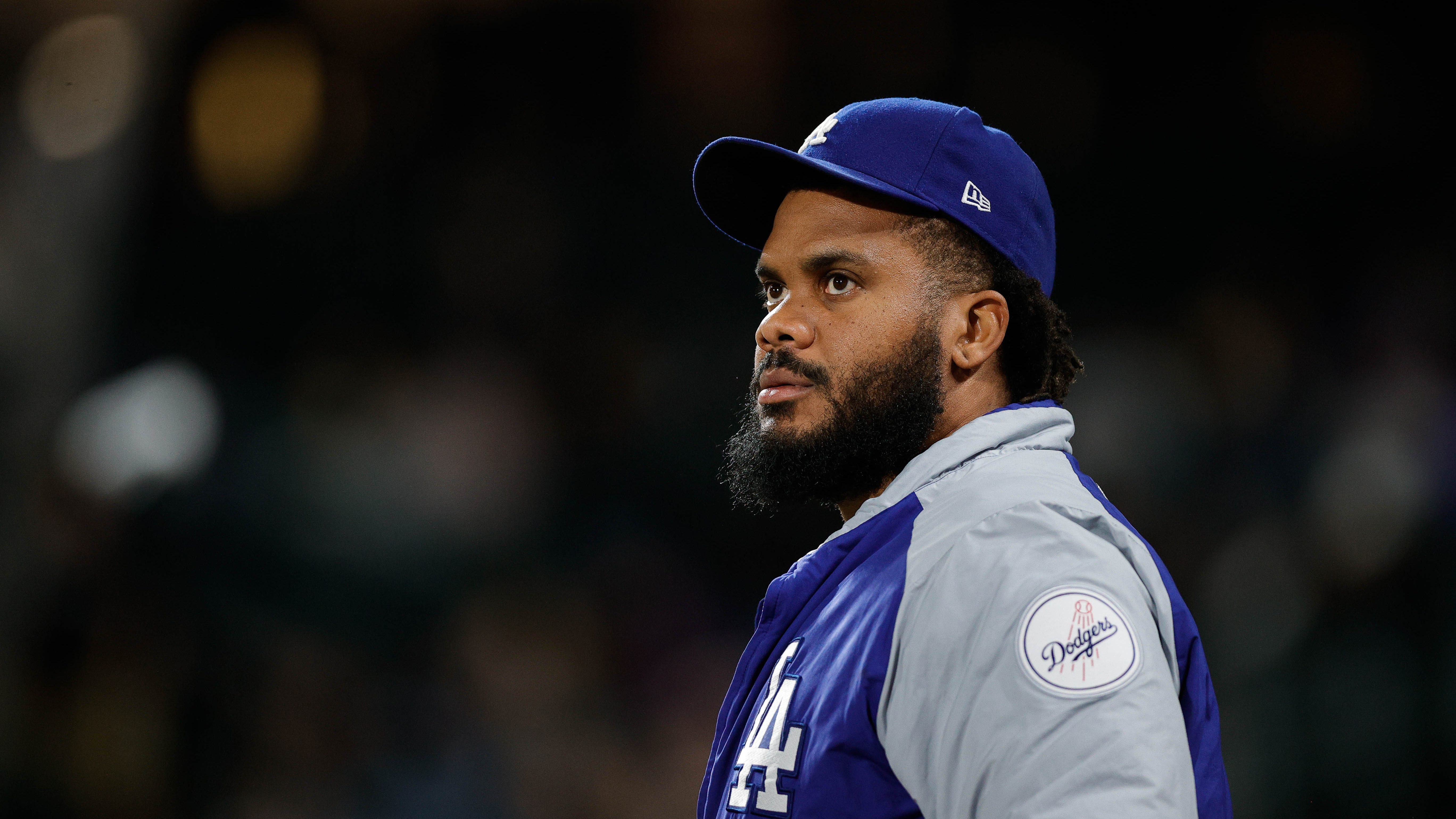