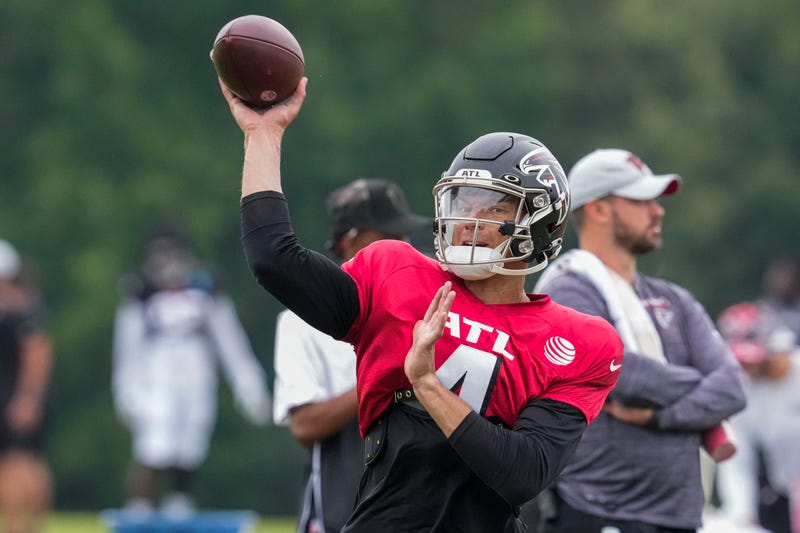 During a typical quarterback battle in an NFL training camp, fans are anxiously awaiting nuggets of information on social media regarding how reps are split, which player had the better day, and the head coach is bombarded with questions about a timeline for a decision.

Through the first two weeks of camp in Flowery Branch, that hasn’t been the case for the Atlanta Falcons. While the team has not named Marcus Mariota its starting quarterback, Abe Gordon, on 92.9 The Game, shared his opinion that it feels like a foregone conclusion that the former Titans’ 2nd overall pick will be under center in week one against the Saints.

“There are a couple of quarterback competitions going on around the NFL. Hear me out, Atlanta is not one of them…Mariota is your week one starter. Now, the team hasn’t declared that official yet, and obviously, Mariota has to get through the preseason healthy, but I don’t think there’s really anything Ridder can do to take that job away.

The Falcons begin their preseason on Friday in Detroit with Arthur Smith reiterating from camp that healthy players will play, so expect to see both quarterbacks get playing time. When kickoff rolls around, Gordon asks you not to overreact to what you see from the two signal callers.

“I am pleading with you not to overreact to what you see from Ridder or Mariota, good or bad. Let’s not overreact because if Mariota looks not great and Ridder is leading the 2nd and 3rd team offense to drive after drive, it’s not changing anything,” he believes.

Gordon went on to say that he does expect to see the 3rd round pick out of Cincinnati take the field at some point this season whether it’s due to injury or because the Falcons want a look at what they’ve got waiting in the wings ahead of a talent-rich quarterback draft class.

Whoever takes the snaps, they’ll have plenty of weapons at their disposal with Drake London’s performance garnering rave reviews from camp along with Cordarrelle Patterson’s versatility, Kyle Pitts entering year two and the addition of Bryan Edwards and a few other pieces to the receiving core.