By The Jon Chuckery Show and Dylan Mathews

Jon Chuckery knows the Atlanta Hawks' season has been great, particularly coming off a seven-game series win over the 1-seed Philadelphia. Nobody outside of Atlanta expected the Hawks to even make it this far, and again, the Hawks are huge underdogs going into their Eastern Conference Finals matchup against two-time MVP Giannis Antetokounmpo and the Milwaukee Bucks. However, Jon Chuckery believes “the Hawks have an excellent chance to win this series.”

The Atlanta Hawks have proved all the doubters wrong, and have exceeded all expectations this season, and they will face their toughest test yet in the Milwaukee Bucks. However, even though this Milwaukee Bucks team is a slightly better overall team than the Philadelphia 76ers, Chuckery believes “the Hawks have just played the best player they’re going to see in the playoffs.”

Chuck of course is referring to Joel Embiid, and Jon makes a great point that while Giannis is a great player he doesn’t have the shooting or ball-handling skills that Joel Embiid does. In this postseason, Embiid shot 39 percent from three-point range on close to four attempts per game while The Greek Freak is shooting 19 percent from downtown on 4.3 attempts in the 2021 NBA Playoffs.

However, Jon does follow that statement up by saying “the Hawks are playing the best second and third piece they’ve seen in this playoffs.” Jon does admit that the Hawks will have to find a way to slow down Kris Middleton, who has been consistent and clutch this postseason, and Jrue Holiday on offense.

“The Trae Young and Jrue Holiday matchup will be interesting to watch, and we will see if Trae’s offense is limited at all,” Chuckery said. 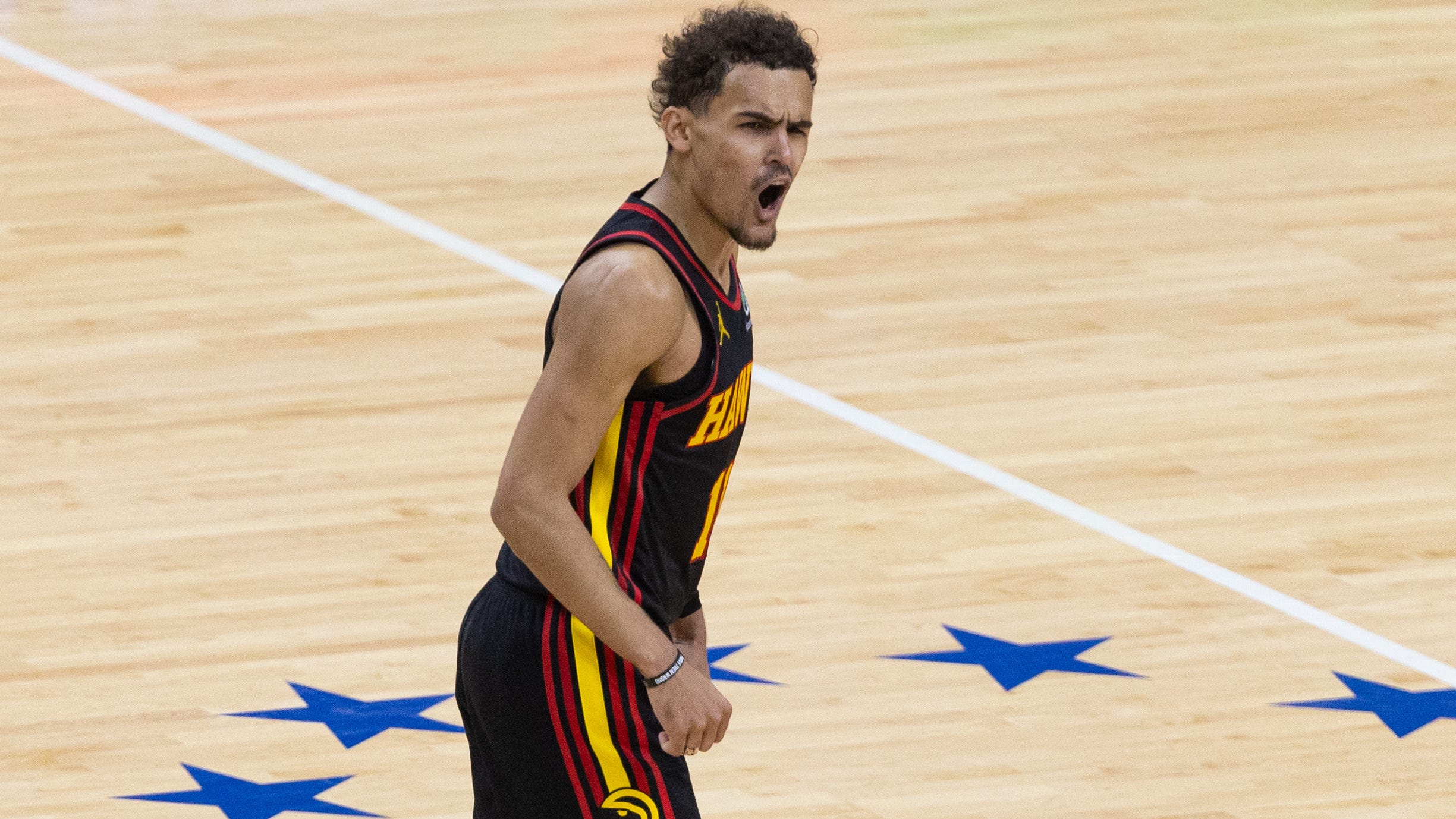 Speaking of offense, with Kevin Huerter stepping up big time with 27 points in Game 7 and carrying the offense for the Hawks in an elimination game, Jon thinks it’s time for John Collins to step up and win a game for the Atlanta Hawks in this series.

“Kevin Huerter won you a game, now they need John Collins to find a way to help win them a game or two,” said Chuckery.

John Collins is averaging 13.9 points per game along with 8.3 rebounds in the postseason. Ultimately when it comes down to the Atlanta Hawks matchup with the Milwaukee Bucks Chuckery says “When I look at the Atlanta Hawks I don’t see a reason why the Hawks can’t win four games against the Milwaukee Bucks.” The Bucks will be the toughest test yet for the Hawks, and there is no question about that, but Jon believes this might not be the end of the magical road the Hawks have been going down this season.

With Giannis eliminating Kevin Durant and the Brooklyn Nets’ injured super team, and LeBron and the supercharged Lakers out of the playoffs Jon believes that any of these final four teams left in the NBA Playoffs could win it all.

“You look at these four teams left, and you can make a case for all of them on why they could win an NBA Title, and the Hawks are definitely in that group," Chuckery said. "It will not be easy to take down the Bucks, but don’t count out Trae Young and the young Atlanta Hawks."

Game 1 of the Eastern Conference Finals is set for Wednesday at 8:30 p.m., and maybe if the Hawks can steal the first game against the Bucks like they did in their series against the Knicks and the Sixers they might just end up in the NBA Finals.