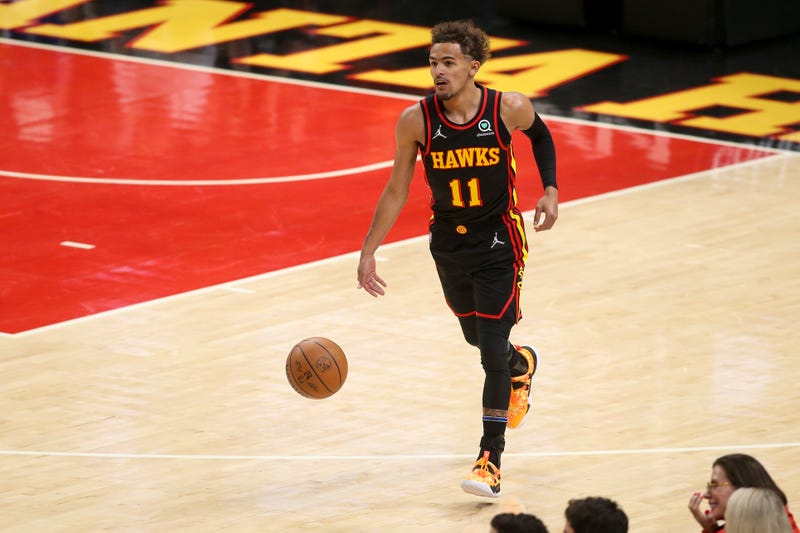 A clip making its way around social media has Hawks fans counting down the days until the 2022 season tips off.

The trio of Trae Young, John Collins and the newest piece of the puzzle, Dejounte Murray, hit the floor together in Seattle Sunday for The CrawsOver pro-am league and gave Hawks fans a sneak peak of what they hope is a sign of things to come. Young had 37 points, Murray went for 39 and Collins added 27 points of his own, but one play stood out above the rest as the three teammates combined for a highlight-reel alley-oop.

Young got things started by nutmegging a defender before tossing it up to Murray who passed it to Collins off the backboard to finish it off with a slam. Postgame, the poetic sequence of events had Young chomping at the bit for the upcoming season, captioning his post by saying “I hope y’all ready, we’ll see y’all soon.”

After his name surfaced in trade rumors in the early portion of the offseason, it appears that Collins is here to stay, and this showing of chemistry between the forward and the Hawks' star guards is something that doesn’t go unnoticed.

No one will confuse the trio’s opponent in Sunday’s pro-am with the NBA’s top defensive teams, but at this point of the summer, it’s time for Hawks fans to get excited about what the pairing of Trae Young and Dejounte Murray can accomplish moving forward.