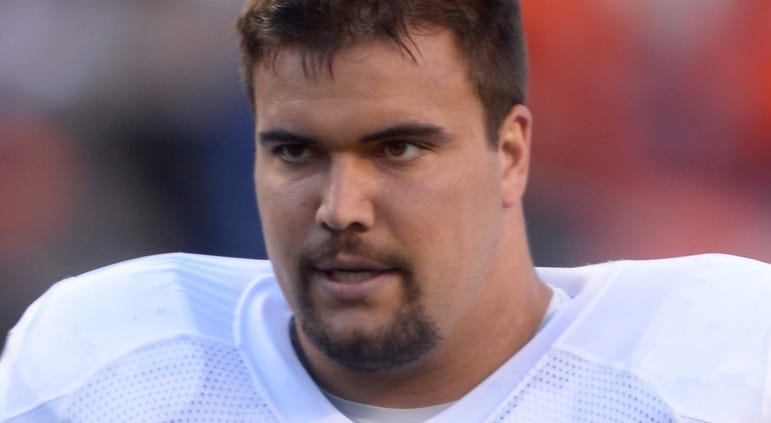 PITTSBURGH (93.7 the Fan) – As much as there was interest for Stefan Wisniewski to play for his hometown Steelers, the thing is, he wants to play, not just wear the uniform.

“I was told I would have the opportunity to compete for the starting left guard job,” Wisniewski said.  “I’m excited about the opportunity, I’ve been a starter most of my career.  It’s my goal and my plan to win that job.”

“When Ramon (Foster) retired and I knew it would be an open job, but it’s definitely more exciting because it’s not just any starting job, it’s a starting job with the Pittsburgh Steelers.”

From South Fayette, Wisniewski starred at Central Catholic, then at Penn State before drafted in the second round by the Oakland Raiders in 2011.  Wisniewski would also play for Jacksonville, the Eagles and Chiefs, the latter two winning Super Bowls.

“I think when you grow up in Pittsburgh, I definitely always thought it would be awesome to play for the Steelers,” Wisniewski said during a conference call with reporters on Friday.  “Obviously you don’t always get to pick where you want to play.”

“All the stars lined up quickly, I was super-excited and jumped on the opportunity quickly.  I did have a few other options, but it’s tough to turn down your hometown team, let alone when you have a great opportunity like I have.”

There is a possibility of no pre-season workouts until training camp in late July, but the veteran, whose father and uncle played in the NFL, said he will be ok getting up to speed.

“A guy like me, I’ve played in a lot of systems,” Wisniewski said.  “I’ve played with a lot of players.  In Kansas City last year I was able to step in and it was a seamless transition.”

It’s also made easier because of the number of veterans on that offensive line, as he would be between 10-year vet Maurkice Pouncey and 5-year vet Alejandro Villanueva.

Wisniewski normally works out in the off-season with Penn State players in State College, but is now limited to his basement, which he said is a good setup.

The nine year veteran is now 31, but says he remembers what it was like around here as a kid and remembers going to games early in life and twirling a Terrible Towel.

“Sunday tradition for our family and probably for a lot of families was to wake up Sunday morning, go to church, make sure you are back in time to watch the one o’clock kickoff of the Steelers game,” Wisniewski said.

Wisniewski says you don’t normally get to pick where you play in the NFL from the draft and even into free agency, where there often isn’t a match with an ideal suitor.