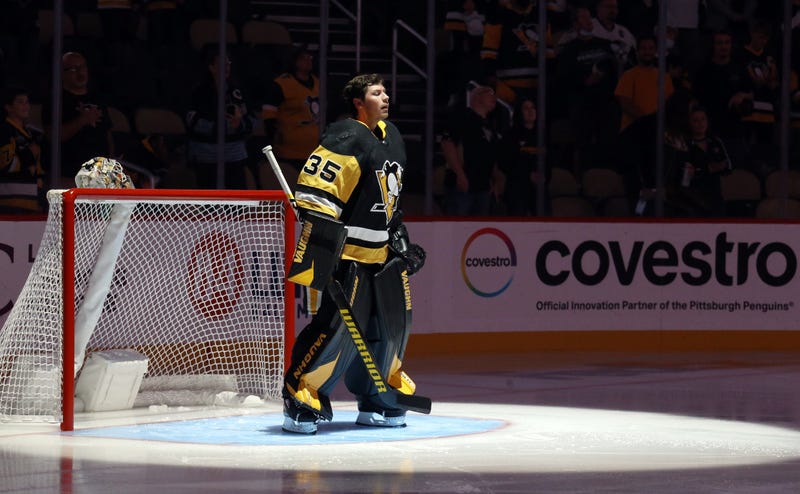 PITTSBURGH (93.7 the Fan) Earlier this week, it was announced that Jeff Carter tested positive for COVID-19, forcing Evan Rodrigues to be pushed to first line center.

With the news about Carter came goalie Tristan Jarry being placed in COVID protocol, as well.

The following day, however, Jarry was back on the ice with the team and out of protocol.

Head coach Mike Sullivan stated post practice that Jarry received a false positive COVID test and will no longer have to miss time.

On Saturday morning Jarry was the first goalie off the ice during the Penguins’ morning skate, which usually indicates that’s the starting goalie.

It was confirmed after an optional practice Saturday morning that Jarry will start agains the Maple Leafs.