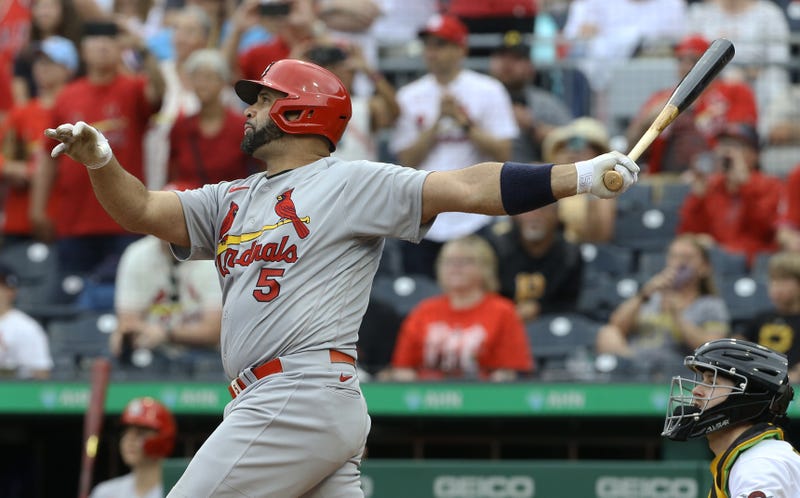 PITTSBURGH (93.7 the Fan) Albert Pujols continues to chase history as he reaches the finals games of his Hall of Fame career.

Pujols smacked his 697th career home run on Sunday against the Pittsburgh Pirates putting him in sole possession of fourth in MLB history.

The historic home run ball was caught by a Pirates fan who knew the weight of the moment and attempted to return the ball to Pujols.

It was a historic piece of baseball history and Pujols declined to accept the ball, he told Samantha Brown to keep it.

Sunday marked one year since Brown’s father passed away; not only did Pujols reject the offer for the home run ball, but he added to the memory.

Pujols signed a pair of baseballs and gifted them to Brown and her husband, Matt.

“It’s just a baseball. They deserve to have it. It went out of the ballpark,” Pujols said about the decision. “We play this game for the fans. So whether they want to give it back or they want to keep it, I don’t have any problem with that.”