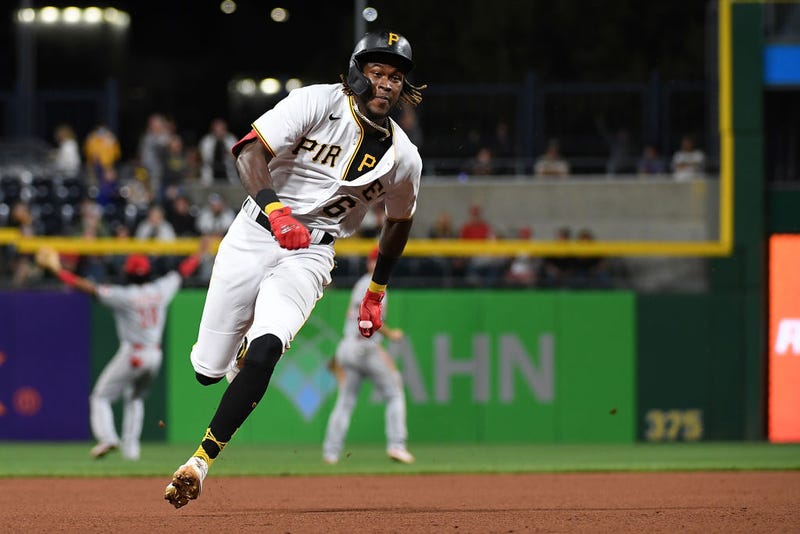 The national media is taking notice of Oneil Cruz and the physical specimen that he is.

In his first game of 2022, Cruz showed off his bat, fielding, throwing ability and speed.

Danny Vietti of CBS Sports is pointing out some amazing facts about Cruz.

At 6-foot-7, Cruz is the same height as former Rookie of the Year Aaron Judge, outfielder for the New York Yankees.

Vietti also points out that Cruz can throw as hard as New York Mets starting Pitcher Max Scherzer, a three-time Cy Young Award winner and is as fast as Miami Dolphins wide receiver Tyreek Hill. Let’s repeat that. As. Fast. As. Tyreek. Hill.

During Monday’s game, Cruz made a throw from short stop to first base that was clocked at 96.7 mph, the fasts ball thrown in the infield all season.

His double was 112.9 mph off the bat, it was the hardest ball hit by a Pirates player so far in 2022, something he was already doing in Triple-A Indianapolis.

Only time will tell if Cruz develops into a super star in the MLB.

Pirates Manager Derek Shelton commented when Cruz was called up to the Big League that his development would continue, it would just happen at the Major League Level.

Speaking on The Fan during his weekly Tuesday segment with Cook & Joe, Shelton said that he hopes they can continue to play Cruz at short stop.

“We’re going to give him the opportunity to, but time will tell what the game will do,” said Shelton.

While he has plenty to prove, he’s showing he has all the tools to succeed.

As Vietti point out, “he already looks super human” at only 23-years-old.