Kevin Colbert says that he and Ben Roethlisberger both believe “there is a different level left” for the quarterback to attain in 2021.

Speaking on the Cook and Joe Show, the Steelers GM says he is confident with Roethlisberger returning under center and now being over a year removed from elbow surgery could be better than last season.

“We do know that he wants to be here and he wants to try to win a Super Bowl and he’s obviously had discussions not only with Coach Tomlin, I know he met with Coach Canada and everybody’s comfortable with Ben being our guy as we move into it,” said Colbert.

It’s a fact that the Steelers ran fewer play action plays than any other team by a long way in 2020, but Colbert says Ben is capable of anything when lining up.

So who will be the number two QB behind Roethlisberger?

Just because the Steelers signed quarterback Mason Rudolph to an extension doesn’t mean he’ll automatically be the number two.

Colbert says he’ll compete with Dwayne Haskins and Josh Dobbs for that spot.

Late last month, Rudolph signed a one-year extension worth $5 million and includes up to $4 million in incentives. 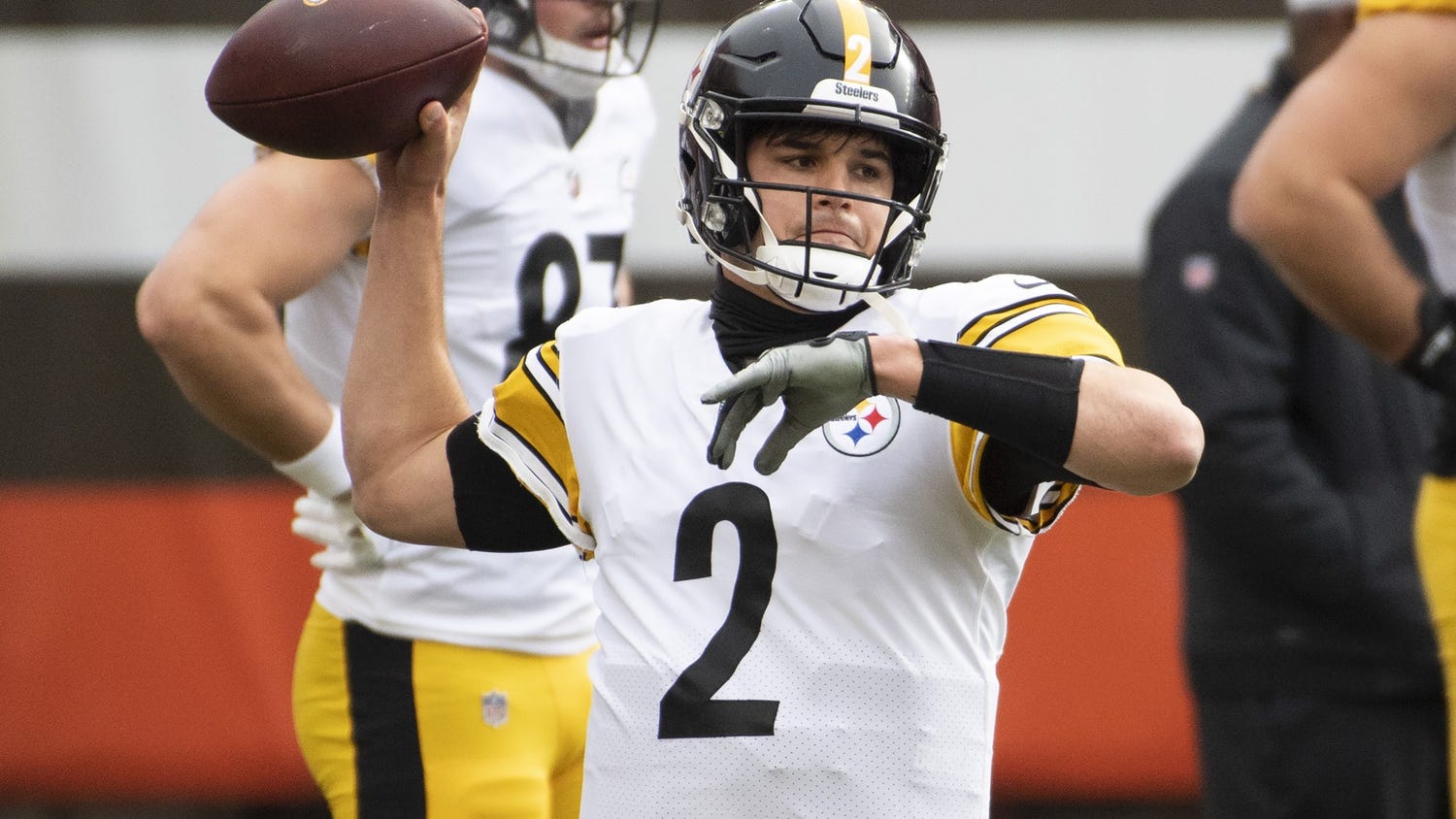 Colbert says they wanted to have a quarterback they knew under contract for 2022.

“No spot is guaranteed,” said Colbert. “Ben will be the starter and you know, Mason, Dwayne and Josh they’ll all fight it out and see who comes up.”

Colbert adds he feels “comfortable” about having four veteran quarterbacks, with three of them having starts in the NFL.

With that extension, Rudolph is the only quarterback under contract for the Steelers in 2022, with Ben Roethlisberger’s deal lasting through the end of the 2021 season.

Rudolph has started in nine NFL games in his career going 5-4 during that time.

He played in one game in 2020, playing well in the final regular season game against the Cleveland Browns, throwing two touchdowns and 324 yards with one interception.