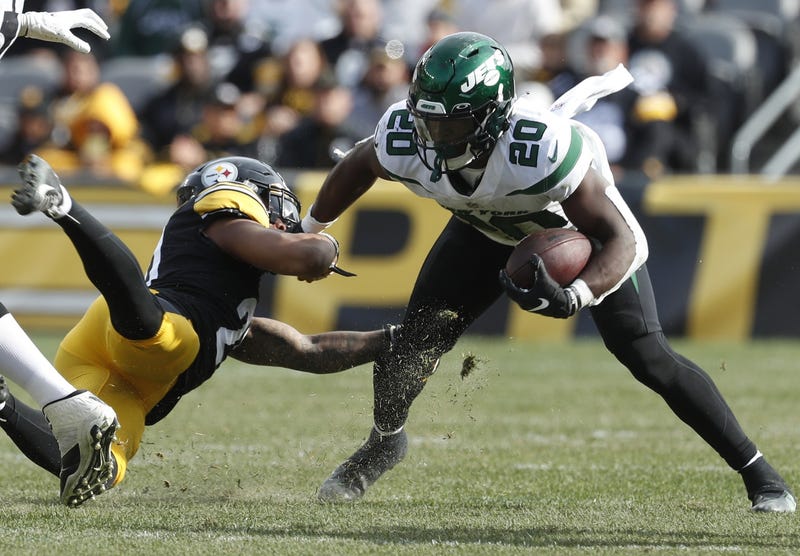 PITTSBURGH (93.7 The Fan) – It would be hard to straight blame the Steelers defense for being 1-3. They won them the game in Cincinnati with several game-changing plays. Since then though, the same issues keep popping up.

They did again Sunday in a loss to the Jets.  New York scored 14 points in the fourth quarter as the Steelers blew a 10-point lead.  The one-win Jets going on an 11-play, 91-yard drive to pull within three and then a 10-play, 70-yard drive to win the game with 16 seconds left.

“They're showing their ugly head every single game,” said Steelers Defensive Captain Cam Heyward.  “Even when we win, there are plays to be made and little things we can do to make those plays.”

“We have to clean it up and grow from that. If you make mistakes, I'm not saying like anybody's perfect. But we have to grow from those mistakes. We can't

keep making those mistakes over and over again. When we do that, we set ourselves back.”

“They won the third downs,” said safety Minkah Fitzpatrick. “We didn't win them. They're getting the ball to the guys they wanted to get it to. We didn’t stop them. When they get the ball to where they want to get it to, it’s tough to win.”

“You know, some attrition things, fatigue, etcetera, but also execution by the Jets,” said Steelers Head Coach Mike Tomlin. “I'd be remiss if I didn't compliment those guys. They made the necessary plays. We had some penalties on possession-down-like plays. They did enough to keep drives extended and move the football and we didn't.”

“Fourteen points in the fourth, offense did enough,” Heyward said. “As a defense, we didn't get off the field enough especially in the second half. And that's going to haunt me.”

And it keeps happening:
·     13 points to the Browns in the fourth quarter
·     Patriots used a 13-play drive to run out the clock and end that game

Basically, what Heyward is saying, they aren’t working together.

“If we hit home up front, we've got to make sure we're good on the back end. When the back end holds up and buys us extra time, we've got to finish those plays. Not enough coordination through the entire defense. And not enough attention to detail.”

“Like, I know that's easy to say, but it comes down to that. The little things. And fitting in your gaps.
Understanding if we push it up field and we string it out, we all have to get to the ball.“

“It's a cycle where we all have to work together. If one guy wants to eat, he better depend on the other 10 to eat. And the other 10 have to do their job. We all have to be accountable to make these plays and be a good defense.”

According to Heyward, the answers start with accountability.  Players have to study themselves and be self-critical.  It’s not that they are horrible or don’t make any plays.  The expectations are higher.  There are six first-round picks on the defense, granted currently without their best one and now 0-7 without TJ Watt.

“It can't just be one guy being a cowboy,” Heyward said. “It can't just be two guys getting a call and the other guy's not. It all works hand in hand. And we all have to be responsible for that. I look at myself. How can I communicate better with the guy next to me or the guy on the side of me?”

It sounds like a complicated process and the Steelers are quickly running out of time.