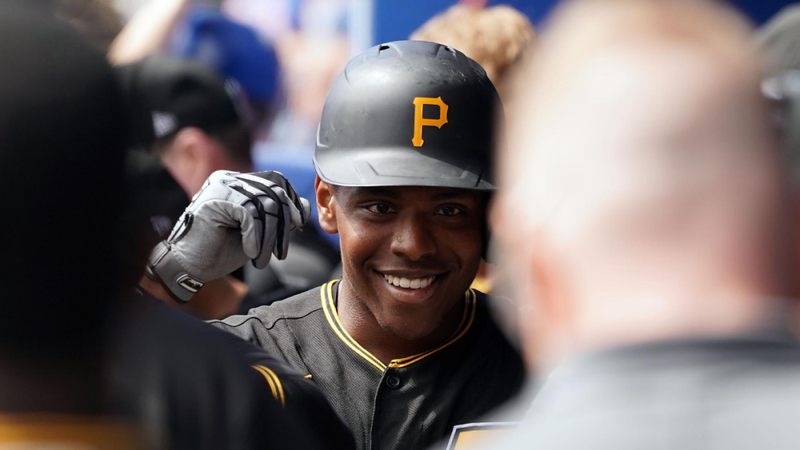 Pirates 3B Ke’Bryan Hayes went 2 for 5 with a double and a homerun in his Major League debut last night and the 23 year old prospect was all smiles during the game which also showcased what he can do on defense.

Hayes became only  the seventh Pirates player to homer in his debut, joining the likes of Cole Tucker and Starling Marte.

Pirates Manager Derek Shelton was one who was very impressed with the rookies debut which also left a smile on his face.

He told the Cook and Joe Show that his defense was as advertised and he took quality swings but what impressed him most was how he read the contact off the bat and put himself in position to make great plays.

Shelton added that he did as well as anyone could have done it and he laughed when asked if Hayes would be in the lineup again tonight.

“Yeah he is going to be back in there tonight I think that is a safe assumption.” Shelton said.

The only thing that may have dampened the debut was that no fans where there to react and enjoy it along with him.

We will all be watching to see what the kid can do tonight when the Pirates again play the Cubs at 7:05pm

Listen to the full interview with Shelton by clicking the link below and hearing his thoughts on his team post trade deadline and how they continue to try and get better and taking the next steps.