At the very least, it was another reason to believe in a unit that’s poised to make noise — and it will have to for the Lions to make strides. Because on the ensuing drive, the starting defense allowed the Falcons and journeyman QB Marcus Mariota to march 12 plays for 82 yards and a touchdown.

Nothing like the first quarter of preseason to confirm everything we thought we knew.

The offense, which looks like the clear strength of this team, came out firing. Goff's first pass went 18 yards down the middle to tight end Brock Wright. Jamaal Williams' first run went nine yards up the middle. Amon-Ra St. Brown's first catch went for nine yards to the right sideline. His second went for 20 to the left -- and set up D'Andre Swift's nine-yard touchdown run.

The offensive line was as stout as the Lions expect it to be. It paved the way on the ground and kept the pocket clean for Goff. Detroit averaged 5.3 yards per rush and 7.9 yards per play. That'll do.

That was all for the first-team offense, which got the rest of the night off. They had shown enough. The hype is rising under first-year offensive coordinator Ben Johnson, who wants to 'attack.' If the Lions keep attacking like that, they might have something to play for in 2022. 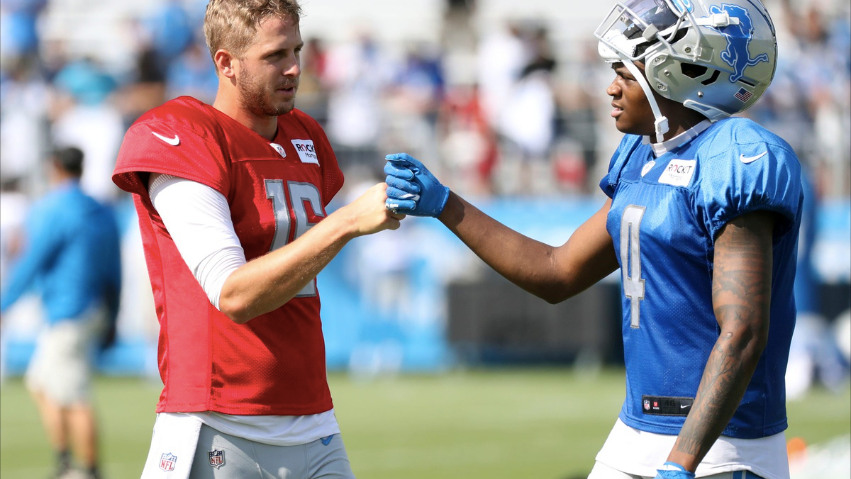 Under Ben Johnson, Goff and Lions offense 'going for the throat'