Tigers manager A.J. Hinch talks often about the importance of "winning today's game." Win today's game and you can win a series. Win enough series and you'll have a winning season. The Tigers have played 22 series this season and won five of them -- the same number of times they've been swept after dropping three straight this week in Boston.

"Clearly, you want to win the series and you at least want to salvage a win when you can," Hinch said after Wednesday's 6-2 loss. "We jumped out ahead today, but couldn't finish the game in the positive. You never want to go into a series and not win a game."

The Tigers went into this season expecting to win games. They spent big on their roster for the first time in six years and were bringing two of the top prospects in baseball to Detroit. The rebuild, owner Chris Ilitch said on the even of Opening Day, was "100 percent" over. If so, the product is a team on pace for 100 losses.

"It’s been a very rough season and we’re all very disappointed about what’s going on," GM Al Avila said last weekend on Bally Sports Detroit during the MLB debut of Riley Greene. "In the offseason when we all got together, identified our needs and where to get them, whether it be via trade or free agency, we did a lot of hard work and we thought we put together a good team. Coming into spring training, we were very optimistic to have a good season.

"Obviously, it has not worked out that way. We’re all very disappointed. We’re still working hard at this and trying to overcome our struggles and get better every day as we move forward to the future."

Some of the biggest culprits are some of the Tigers' biggest additions. Javier Baez ($140 million) was objectively the worst hitter in baseball until a recent hot streak. Eduardo Rodriguez ($77 million) had a 4.38 ERA through his first eight starts before leaving the team due to reported marital issues; the Tigers remain in the dark about his return. Tucker Barnhart and Austin Meadows (combined $11.75 million) have combined for minus-0.7 fWAR. So far, reliever Andrew Chafin ($13 million) looks like the only smart offseason addition.

In the infancy of his career, Greene looks like the star the Tigers need him to be. Spencer Torkelson, on the other hand, is last in the majors with a minus-0.9 fWAR through his first 63 games. These are not conclusions one way or the other. Greene won't hit .375 for his career; Torkelson won't hit .191. Nor are there any conclusions to be drawn about the 2022 Tigers in June. But the story thus far has been disastrous. 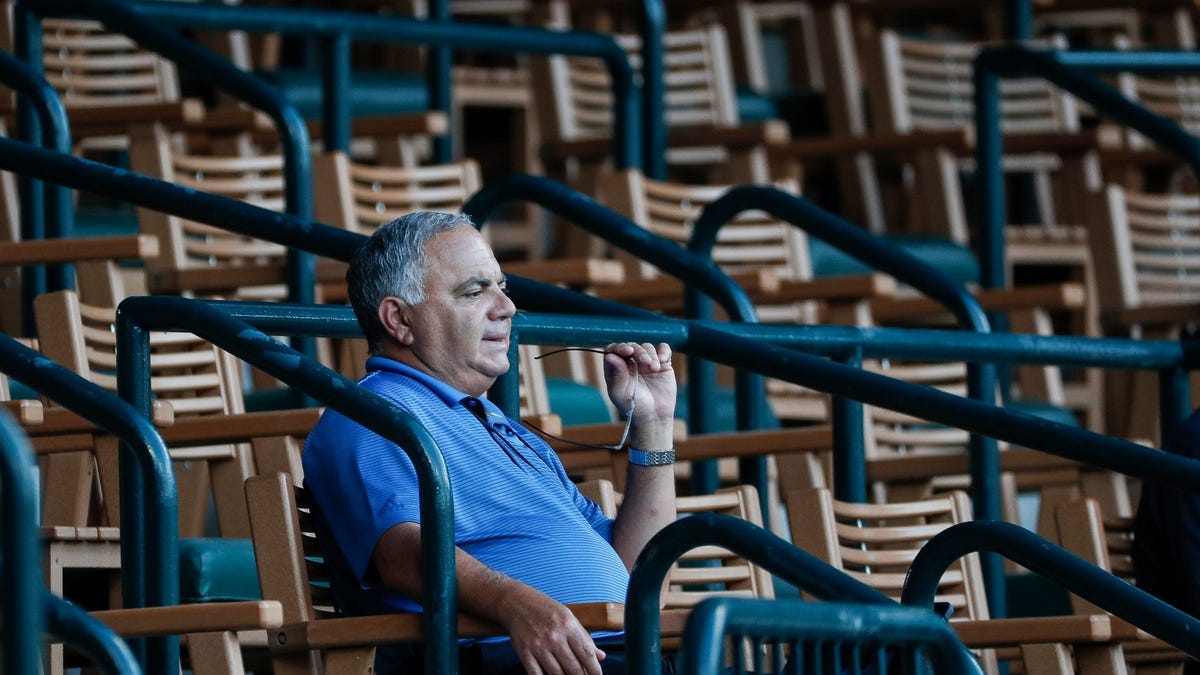 This is the failure of the Tigers' rebuild. Can it still be fixed?

You will not find a worse offense in baseball than Detroit's. Not just this year, but over the last half-century. The Tigers have five of the 20 worst hitters in the big leagues according to Fan Graphs' all-encompassing Offensive Rating, among hitters with at least 200 plate appearances: Jonathan Schoop, Jeimer Candelario, Torkelson, Robbie Grossman, Baez. Detroit's immense struggles at the plate have placed hitting coach Scott Coolbaugh on the public chopping block, but Hinch said last week that shaking up the coaching staff isn't the answer to the Tigers' problems.

"When you talk about drastic measures, it’s easier said than done, because you can’t just move players that easily. And if you’re alluding to coaching staff changes, again, that’s also a very difficult area to maneuver in," Avila said. "But I will say that we’re evaluating every aspect of the operation, whether it be the front office, scouting, analytics, player development, all of our staff.

Sadly, the Tigers haven't moved forward this year at all.