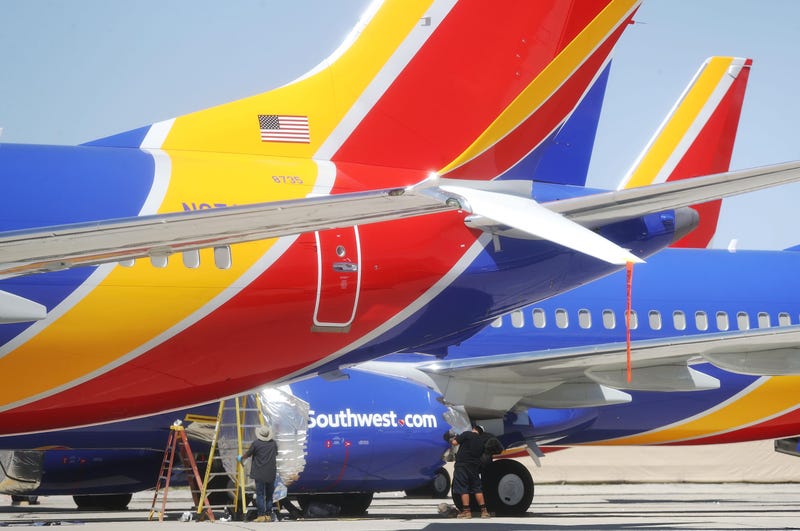 While you might lose money going through security, flying the friendly skies has allegedly gotten a little bit friendlier.

A new survey of air travelers has found that customer satisfaction is at an all-time high.

For the seventh year in a row, J.D. Power ‘s North America Airline Satisfaction Study has seen an increase tin he favorability scores of airlines.

"This is probably the best time in modern history in which to fly,'' JD Power executive Michael Taylor told USA Today.

The survey tallied responses of 5,966 travelers who flew on North American airlines from March 2018 to March 2019.

They were asked to rate the airlines on seven factors: cost and fees, in-flight services, aircraft, boarding/deplaning/baggage, flight crew, check-in and reservation.

After tabulating the results, Jet Blue and Southwest tied for first place overall and amongst low-cost airlines with a score of 817 out of a possible 1000 points. This makes it a three-peat for Southwest, which has received the highest score of all airlines since 2016.

Alaska Airlines was next with 801 points. For the 12th consecutive year in a row Alaska had the highest score among traditional airlines.

Here is the complete rank chart for traditional carriers in our 2019 #AirlineStudy pic.twitter.com/50ZVzr2pEA

Rounding out the top five were Delta with 788 and American with a score of 764.

At the bottom of the list were low-cost airlines Spirit with 729 and in dead last was Frontier with 711.

Among the seven factors, passengers rated reservations and check-in procedures as the most satisfying portions of flying across all airlines, while in-flight services such as entertainment, food service and internet access were the lowest-ranked.