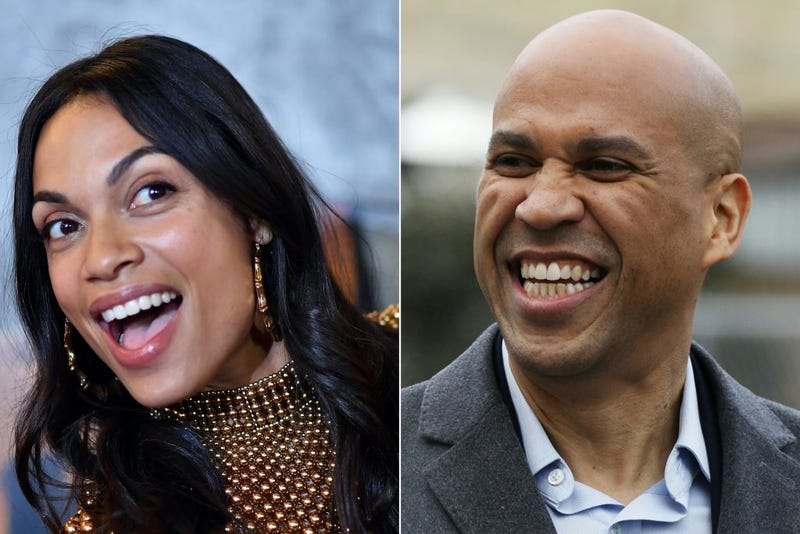 On Friday, the New Jersey senator and democratic presidential hopeful couldn’t stop gushing about his new girlfriend and revealed he thinks she would make an “incredible” First Lady.

While making his way to his car in NYC, Booker dropped all sorts of compliments about the Rent star and how he thinks Dawson might fare in the White House.

“She’s one of the most amazing human beings in my life,” the 49-year-old said, before adding: “She would make an incredible, incredible First Lady.”

While Dawson has been known to get political and is very civic-minded, that’s not what drew the two together.

“I think what helped me fall in love with her is that she’s such a good human being,” Booker said passionately. “She’s such a decent soul. She has this capacity for warmth and goodness.”

Although he didn’t mention if the couple had marriage plans, he added: “No matter what happens in the future, she’s always going to be about serving and helping people.”

Booker’s endearing words come one week after the 39-year-old actress confirmed the pair were an item and shared her own romantic sentiments.

“I’m just grateful to be to be with someone that I respect and love and admire so much who is so brilliant and kind and caring and loving,” Dawson said.