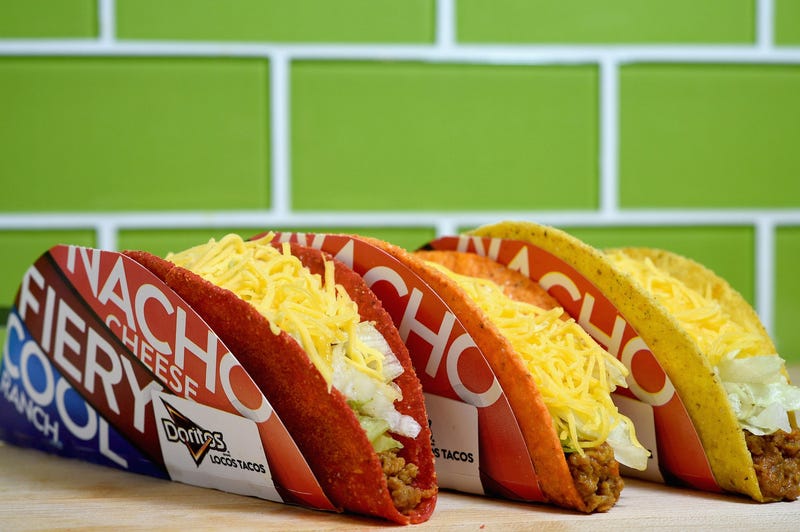 Taco Belll has announced they are once again going to give away free food during the NBA Finals.

The fast food chain is bringing back their Steal a Game, Steal a Taco promotion during the basketball tournament.

Steal A Game, Steal A Taco is back! If a team steals a game on the road then everyone steals a FREE Doritos® Locos Tacos.

"We're excited to partner with the league for the NBA Finals once again, allowing sports and taco fans nationwide to unite over one thing – rooting for tacos," a Taco Bell rep said in a statement. "Regardless of which two teams make it to the Finals, we look forward to giving all fans, no matter the jersey they prefer to wear, the chance to win with everyone's G.O.A.T (Greatest of All Tacos), the Taco Bell Doritos® Locos Tacos."

So, if either of the teams in the finals wins a game on the other team’s home turf Taco Bell will give away one free Doritos Locos Taco to anyone who shows up to one of their nationwide restaurants on Tuesday, June 18th between 2pm and 6pm.

This is the fourth year in the row that the fast food chain has launched the campaign which began in 2016 when the Golden State Warriors won Game 4 of the finals in Cleveland against the Cavaliers.

This year’s finals begin on May 30th with the Golden State Warriors playing against the Raptors in Toronto.

The great thing about Taco Bell’s promotion is that whether you are into basketball or not, everyone can root for Team Free Tacos!