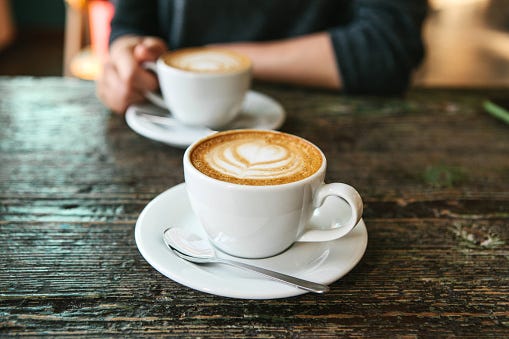 If you can’t function in the morning without throwing back a cup of java, it could be all in your head.

A new study claims a person can get most of the benefits of a caffeine buzz without having to drink any coffee.

Instead, simply seeing or smelling a vanilla latte can stimulate you enough to get your day started.

“Across four experiments with participants from Australia, Canada, and the United States, we found that exposure to coffee, without actually drinking it … may be enough to increase heart rates, increase felt arousal, and gives you the energy to focus more on immediate pressing tasks, thereby reducing your procrastination,” researcher Eugene Chan of Australia’s Monash University said. “What this means is that it emphasizes the fact that our effects about exposure to coffee on arousal and thinking are psychological and not physiological. “

According to the research, the so-called buzz someone feels from their cup of joe is affected by their thoughts and expectations about coffee, as well as how much caffeine is in their drink.

But don’t throw away your Keurig just yet.  Turns out just looking at coffee does have its limitations and can’t give you the sustained high that comes from actually consuming a triple non-fat macchiato.

“The effects that we find are short-term and definitely smaller in intensity than actually drinking coffee,” Change said. “You can’t get the buzz to last all day from seeing just a picture of coffee once.”

He added: “But, what our findings do indicate is that we can get the buzz and focus we are looking for in more instances every day, at times when we’re not drinking coffee.”

So, the next time you find yourself dozing off during the third hour of your marketing meeting, just close your eyes and think about coffee. And then proceed immediately to Starbucks!