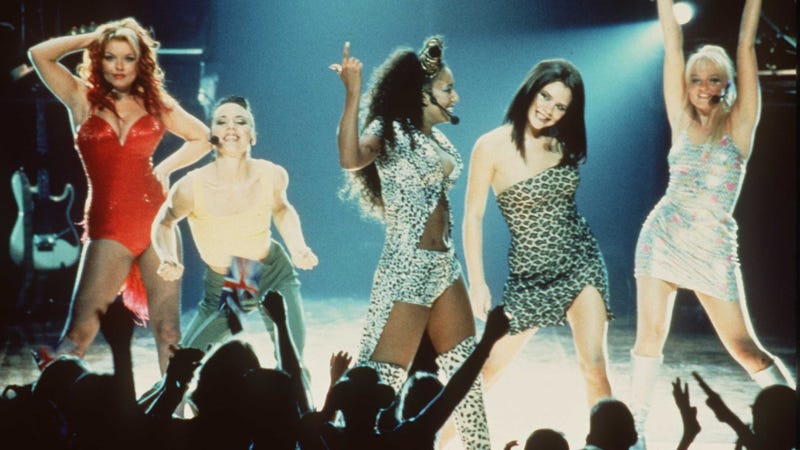 After starting things off with talk of tattoos, Bethanne Tarpley and Leah Jones, co-hosts of the She Will Rock You podcast, switched things up to discuss what is possibly one of our favorite topics of all time — the Spice Girls.

LISTEN NOW: She Will Rock You Episode 67: Spice Up Your Life (Spice Girls)

For those wondering what the Spice Girls have to do with Rock (which is the main topic of their podcast,) Leah says, “it’s my show, I’ll do what I want.” But on that same note, while their music doesn’t fit into to that particular genre of music, Mel B, Melanie C, Emma Bunton, Geri Halliwell, and Victoria Beckham's actions and idgaf (ahead of its time for a girl group) attitude sure does.

“They are the band that indoctrinated all of us millennial feminists when we were six,” Leah said. Before going on to tell the in-depth story of how the band, that inspired us all as kids and made us “Wannabe” them or with them, was formed. Despite all the odds being stacked against them, they still achieved success. Going on to dominate the world, and spice up our lives, before ultimately breaking up.

From Spice Girls to Little Mix, you know their names and can sing all their songs. That’s why we put all our favorite girl groups in one place on Girl Group Nation, listen on Audacy now

Rock and roll is not dead. It’s very much alive and well. If you need further proof, listen along to She Will Rock You podcast as Bethanne Tarpley and Leah Jones tell the stories of bands that were famous before they were born, badass women in the music industry and interview new acts you need to know!