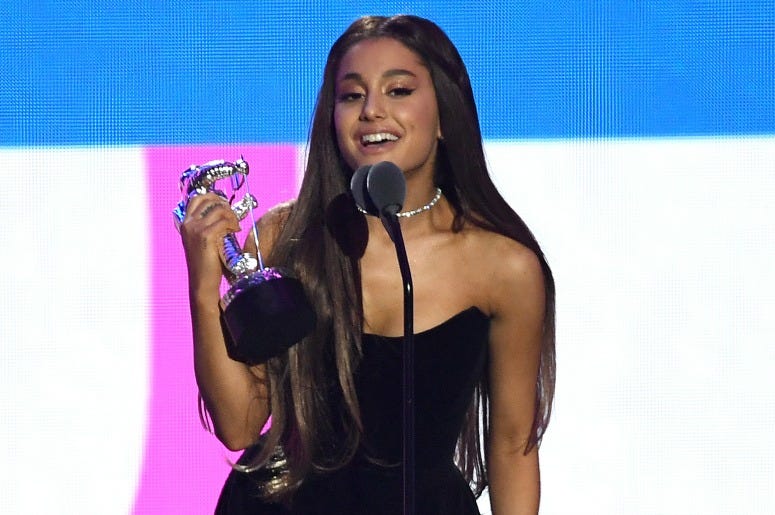 Things are sweet for Ariana Grande.

Her fourth studio album, Sweetener, debuts at number one on the Billboard 200 album chart this week. The album featuring “no tears left to cry” and “the light is coming” includes guest appearances from Missy Elliot, Pharrell Williams, and Nicki Minaj. It’s Grande’s third number one album overall, with Dangerous Woman being the only one not to secure the top spot. That album was bested by Drake’s Views, which was in the middle of an amazing run at number one.

hello i am still crying
thank you for everything always 🌬 pic.twitter.com/nWsC79a2qR

The number one spot is the culmination of an amazing few weeks for Ariana. The singer has been inescapable with a Carpool Karaoke trip, a tribute to Aretha Franklin, a performance at the VMAs, and of course her romance with Pete Davidson. It’s likely a state of mind, that she will want to be in “like all the time.”

You can check out her performance from the MTV Video Music Awards below.