After cryptic teases Wednesday from Ariana Grande, Miley Cyrus, and Lana Del Rey, the trio has revealed a preview of their upcoming collaboration for the latest version of Charlie's Angels.

Woven throughout the trailer for the Elizabeth Banks directed film, the three team up for the first time on an upbeat empowerment anthem. "Don't call me angel" Grande sings as Kristen Stewart, Naomi Scott, and Ella Balinska dance and fight in a club.

Charlie's Angels is in theaters on November 15th. The movie is a reboot of the 2000 film, which was based on the 1970s show.

All three women have been very busy lately, aside from this new mega-collab. Ariana Grande is continuing her Sweetener World Tour, while Miley Cyrus has been living a double-life as Ashley O on the Netflix show Black Mirror and dropping the first of her three EPs this year. Lana Del Rey meanwhile is gearing up for the release of her album Norman F***ing Rockwell, due out later this year. 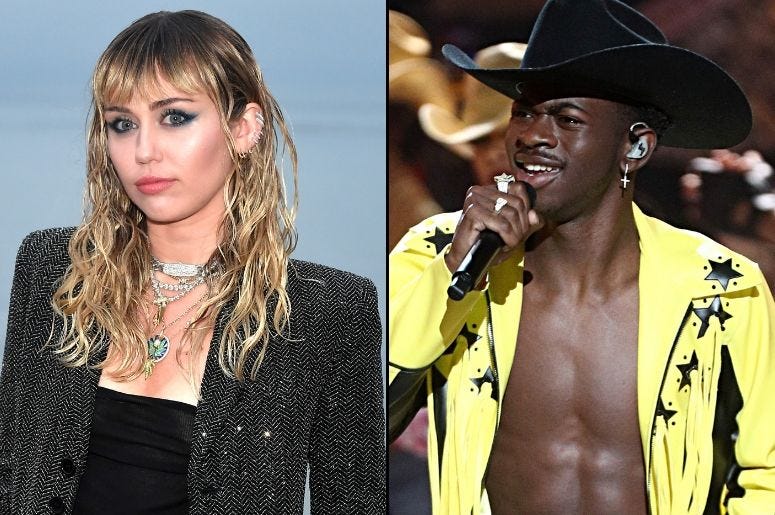 The 2000 edition of Charlie's Angels spawned its own anthem from another trio of women, featuring the song "Independent Women Pt. 1" from Destiny's Child.