Back before everyone had a residency is Las Vegas, Céline Dion set the standard. Across two different shows, the "My Heart Will Go On" singer logged over 1,140 shows at The Colosseum at Caesars Palace in Las Vegas, creating 16 years of music and memories live from Las Vegas. This weekend, she said goodbye with a brand new song and a few touching tributes.

The song is "Flying On My Own", a soaring dance anthem injected with plenty of dynamic Dion vocals and uplifting imagery as the beat thumps beneath her. It's the icon's first new release since 2018's "Ashes" popped up in Deadpool 2 of all places. It serves as the opening for a new chapter for Céline, who will kick off her Courage World Tour in Canada in September and will release a new album, Courage, later this year. 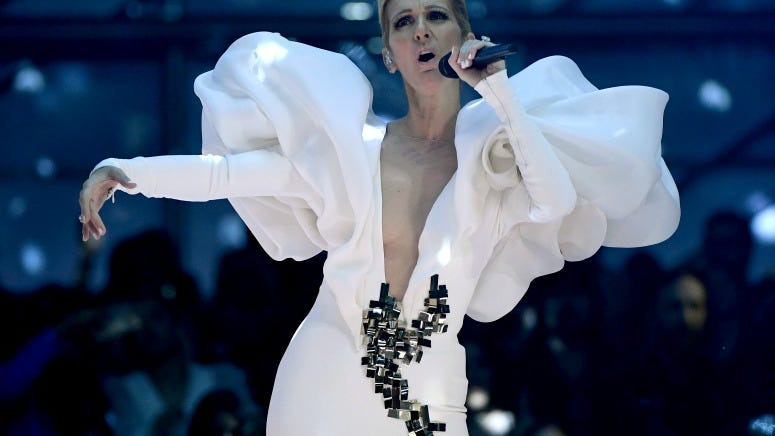 “I have been waiting for a long, long time for… It’s my brand new song. I have to admit that my knees are shaking right now, I’m very nervous,” she told the crowd according to People. "I must have misunderstood something because I thought I was going to be here for three months or something like this, and here we are 16 years later. Maybe we have saved the best for last.”

The show had its share of touching moments, both on stage and beyond. A video montage featuring her late husband, René Angélil proved emotional for the star, who was joined on-stage by her three children as she looked on at the images. “I have so many people to thank, but the most important ‘thank you’ goes to my fans, who gave us the opportunity to do what we love.”

Dion started her first of two residencies at The Colosseum at Caesars Palace in 2003. A New Day... ran for 717 shows and 5 years, and is considered one of the most successful Las Vegas residencies of all time. She followed with Celine in 2011 for an additional 424 shows. You can find the full list of upcoming dates for Dion's Courage World Tour here.