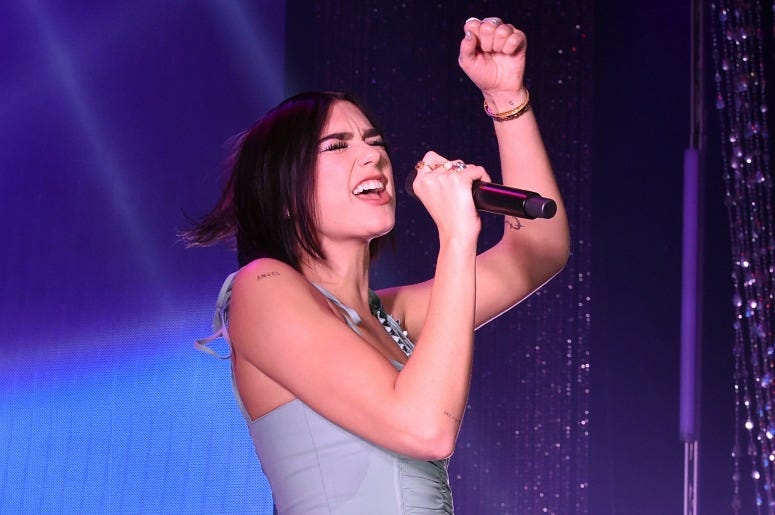 Well, our suspicions have been confirmed. Dua Lipa has always been amazing.

As the #10YearChallenge makes its way around the internet, people have been sharing throwbacks from a decade ago. It has been an opportunity to show how far we have come, and for the "New Rules" singer it is no different.

Lipa shared a video on Tuesday of her younger self singing an Alicia Keys classic. Likely from some sort of school talent show, the teen Lipa slays "No One." As the crowd applauds she can't help but smile.

Life sometimes has a funny way of working out. Lipa went on to an amazing career, racking up platinum plaques and scoring two GRAMMY nominations for the upcoming 61st Annual GRAMMY Awards. She is nominated for Best Dance Recording and Best New Artist. Those awards, will be hosted by the one and only Alicia Keys.