Jonas Week has begun on The Late Late Show, and it all starts with a kidnapping.

The Jonas Brothers have started their week-long stay with James Corden, as the host and bandleader Reggie Watts plucked each brother from their lives and tied them up in an effort to recapture the magic of 2013. With an assist from Dr. Phil and some unneeded torture, Corden manages to get them to agree to a reunion. You can see the hilarious results above. 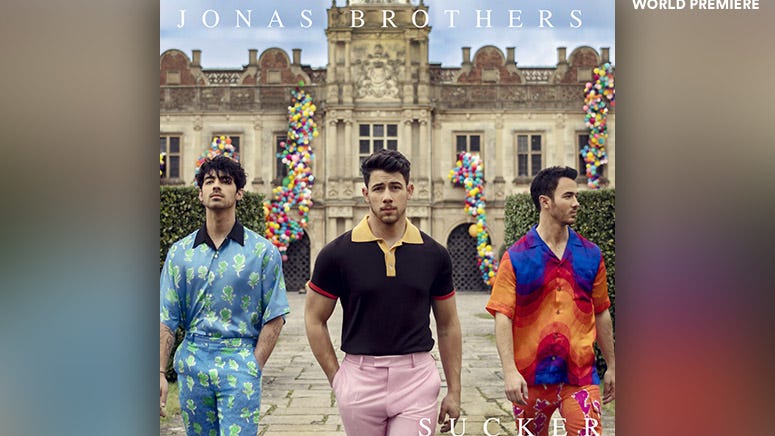 While the staged abudction is fun idea, the Jonas Brothers are back all on their own. With their new single "Sucker" and a lavish new video featuring all of their significant others, the reunion was officially confirmed last week. After 6 years away, the three worked through their differences to deliver a strutting slice of perfect pop. On Monday night, they revealed that the lead up to their comeback single took a lot of work, and it will be revealed in an upcoming documentary for Amazon.

"The documentary tracks our childhood, into our time with the band" explained Nick Jonas. "It was gonna be a story about where we are today, and that was seperate lives doing seperate things."

"During that time, we started to realize that there's a magic we felt like we were missing. So the process was basically, why don't we give this another shot. We started playing a little music together and realized right away, this is where we're meant to be."

The documentary promises to offer an intimate look into the lives of Nick, Joe, and Kevin as they restart their group together after 6 years away. They have been filming for a year and a half and have managed to keep things under wraps, until a run-in at the airport with will.i.am almost gave away the secret.

After filming their "Sucker" video in London, The Black Eyed Peas leader approached an exhausted Joe Jonas, surround by a crew of people obviously working with and for the brothers. "Right away he's asking us why we're in London, and I don't know what to say" remembered Joe.

"Joe says 'no we're on vacation'" added Kevin. To which will.i.am replied, "with everyone?"

The response from Joe Jonas is amazing and worth watching below. This is the first of four nights of the Jonas Brothers on The Late Late Show with James Corden. Their new single "Sucker" is now available everywhere.