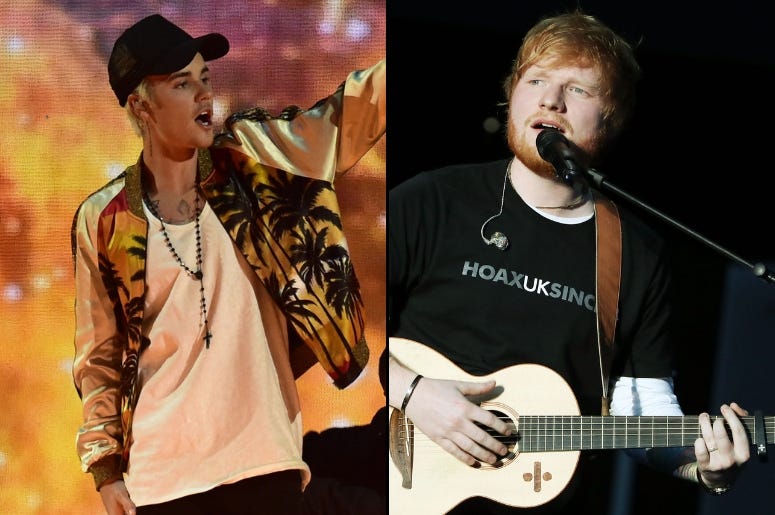 The Justin Bieber and Ed Sheeran secret project has become significantly less secret, as both artists have began sharing samples of a track allegedly called "IDC" on their social media accounts.

According to a tweet from Bieber, "IDC" is due out on Friday. The post was supported by manager Scooter Braun, who simply replied with the letters "Idc." 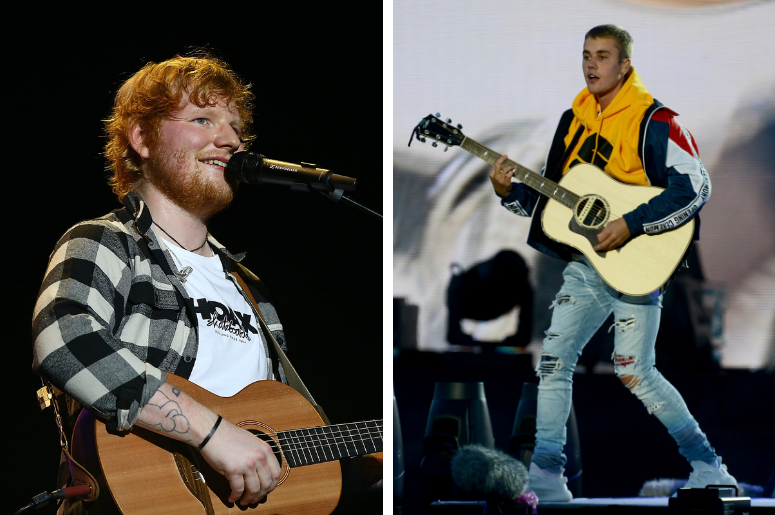 Justin Bieber and Ed Sheeran Are Working on Something Secret

Both Bieber and Sheeran have also posted a short Instagram Story video of Ed Sheeran playing a new song off of his laptop, but being surprised when the sample is so short. "Oh, I thought it was the whole song" Sheeran says with a shrug. A similar sample was also posted later by Bieber on Instagram, with Sheeran commenting "FriYAY."

We haven't heard a lot of the song, but we're here for this friendship no matter what.

This isn't the first time these two pop heavyweights have collaborated on a project. Sheeran and Benny Blanco wrote the smash "Love Yourself" with Bieber in 2015, and just last month they both appeared on Lil Dicky's "Earth" song and video.