There's no delicate dance in the video for "Gloria" from The Lumineers.

On Monday the band released the first of three new videos for their upcoming album, III, and tackle the substance abuse and the tragedy at the center of their lead single head on. In the clip, actress Anna Cordell plays Gloria Sparks, a character battling addiction that increasingly impacts the well-being of her family.

"It's kind of about this tug-of-war between loving a family member that's dealing with some difficult things, some demons like an addiction" explained singer Wesley Schultz to RADIO.COM last month. "So you love them, and that love makes it really painful. It's impossible to turn that part of you off, but you still go up and down with them, and that love will still endure."

"Gloria is an addict. Her character was inspired by a member of my family, and no amount of love or resources could save her" he adds in a release. "She's now been homeless for over a year.  Loving an addict is like standing among the crashing waves, trying to bend the will of the sea." 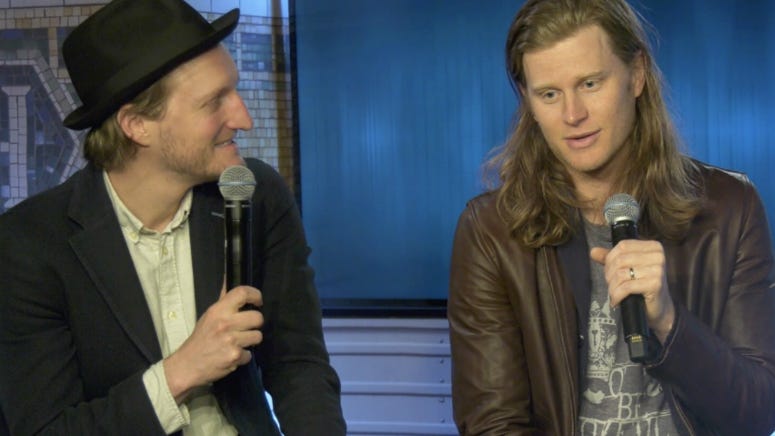 On Friday, the band released three songs from their upcoming album III, as an EP titled Gloria Sparks. The other two songs "Donna" and "Life In The City" will also get the video treatment this week. You can watch the premiere of each here on Tuesday May 21st and Wednesday May 22nd. All of the videos are from Super Dark Times Director Kevin Phillips.

The Lumineers plan to release their upcoming album as a trilogy, the first centering on Gloria Sparks, with upcoming EPs focusing on Gloria's grandson Junior, and her son Jimmy Sparks. In total, the band will tell the story of three generations of a family, with each set of songs dedicated to one of its members.

III is due out in its entirety on September 13th.