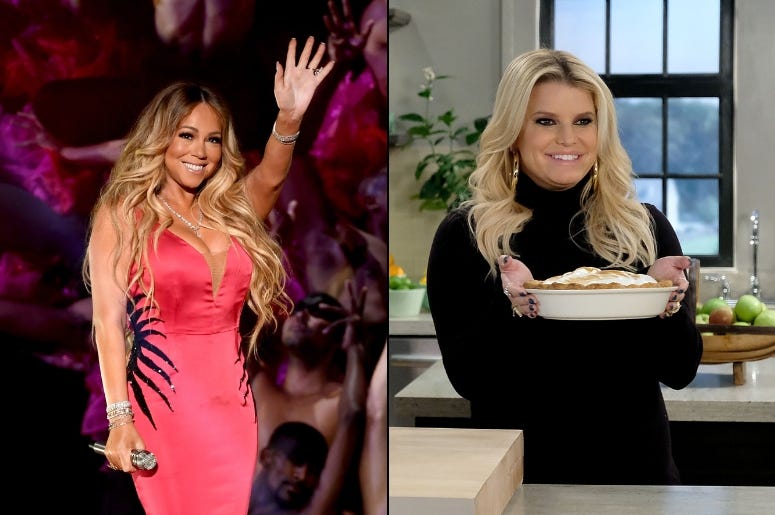 Have you taken the #10YearChallenge yet?

Now that we've had a decade under the influence of social media, people are comparing their 2009 self with today. Often the results are inspiring, like Dua Lipa showing her teenage singing skills, or these Country stars getting glowed up. Today though, the best of them belong to two amazing women.

The first is Jessica Simpson, who has been struggling and searching for remedies for her swollen ankles and feet during her third pregnancy. The "With You" singer has been soliciting advice on Twitter to help slow the swelling.

After counseling came flooding in, Simpson once again hit the web to offer up one of our favorite #10YearChallenge pictures to date.

That's the way to do it. Jessica announced that she was pregnant with her third child in September. She has a 5-year-old son and a 7-year-old daughter.

But just when we thought that was the best, in comes Mimi to change the game. Mariah Carey turned the challenge on its head, proclaiming that "time is not something I acknowledge" as she posted near identical pictures.

I don't get this 10 year challenge, time is not something I acknowledge. 🤷‍♀️ *Picture taken at some point prior to today pic.twitter.com/f5XUye3Hot

Game over. Your challenge is over. Alert our credit card company and boss, time is no longer something we acknowledge. Your move internet.