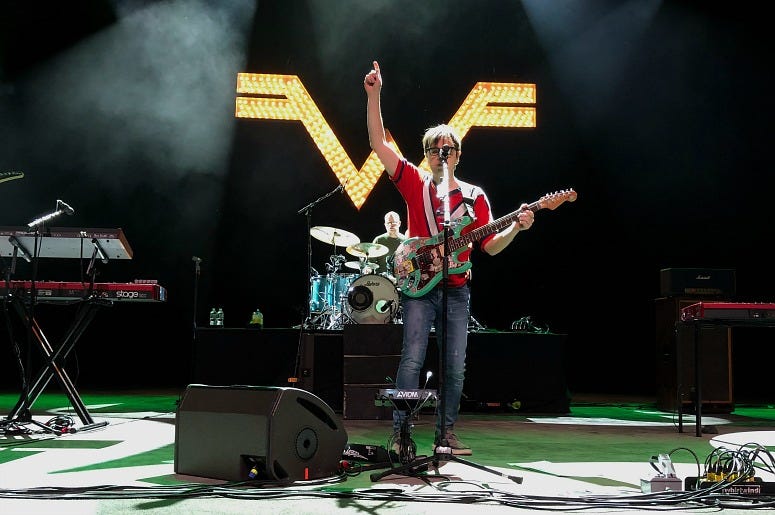 The sweater has long been undone, the hash pipe firmly secured, even the rains have been extensively blessed by Weezer after 25 years of rock. Now, the alt icons are about to begin their next chapter, the long-rumored and mysterious offering of The Black Album. After another round of GRAMMY nominations and a busy 2018, we got out see Rivers Cuomo and company at one of their last shows of the year, anxious to celebrate with them and curious if we would catch a glimpse of what is to come.

There was a small part of us that was worried. On the cusp of the darker and more experimental vibes of The Black Album, we wondered what Weezer would look like, moving away from the sunshine sound of Pacific Daydream and towards the angst of that album. How far does that aesthetic extend, and would they retreat to the same spaces that they did the last time they dabbled in darkness?

We are happy to report that Weezer remains a warm blanket of rock goodness, wrapped in familiarity and a wink of rockstar bravado. 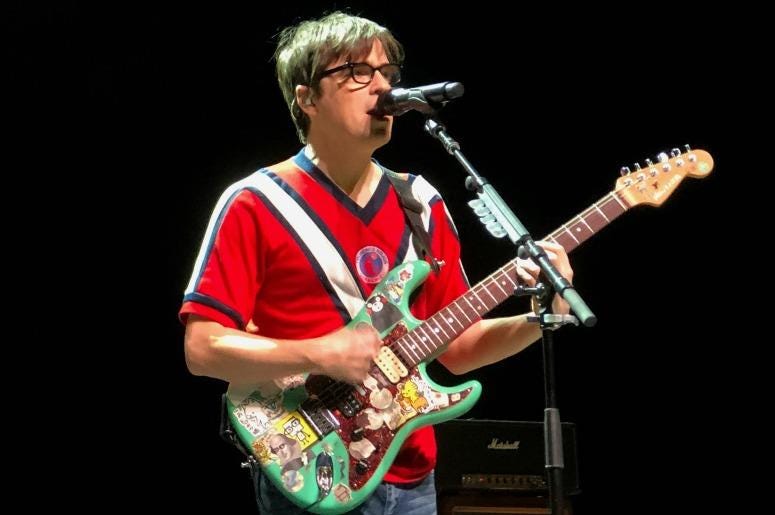 Dressed in jeans and t-shirts, unassuming and easy going, the band let loose a solid hour and a half of memories, scream-a-long songs, and pure joy. How could this ever be dark? They seem to be having too much fun to ever be tempted by a bad feeling, stacking hit after hit, each one more intoxicating and exuberant than the last. Even the Pinkerton songs are sung through a smile, sounding impossibly upbeat now.

"This is rad, we're at a Weezer show" screamed Rivers from the balcony, venturing into the crowd to play acoustically during the set. His gentle version of "Island In The Sun" was accompanied by a sea of cell phone lights and the entire theater singing backup. "Is it okay if I do one more from up here?" he asked, before weezerizing A-Ha's "Take On Me", singing out the synth line and bopping along with plucky purity.

As the confetti rained down, the crowd sang out "Say It Ain't So", arms extended and echoing through the hall. There's an aura of mutual thanks in the air. For Weezer, an appreciation of support and getting to continue the rock n' roll fantasy, for the crowd it is an appreciation for a lifetime of musical memories, unfolded once again with each song and sung back with passion.

It should be interesting to see what next year brings, with The Black Album arriving on March 1st, 2019 and a tour with the Pixies starting soon after. Whatever the "darkness" of the new era looks like, we're excited for it, we're ready for it, and we're sure it will be swallowed by the jubilation the band has built.

You can see the full list of upcoming Weezer and Pixies tour dates here.