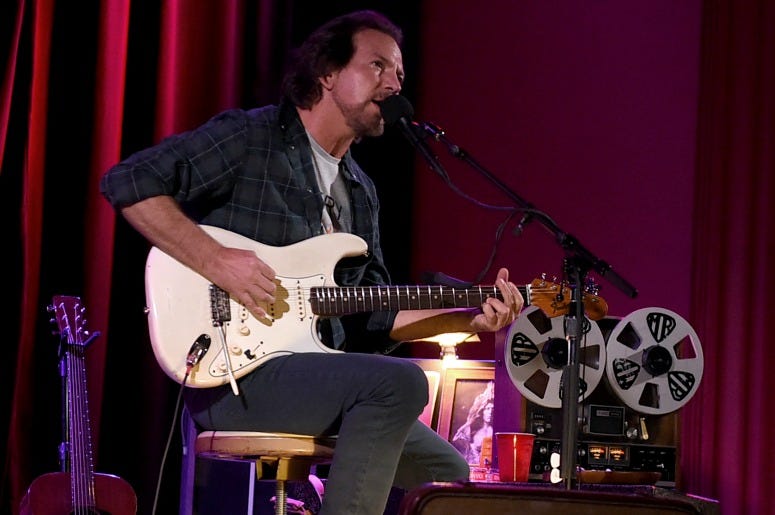 There's a lot of Eddie Vedder inside Jackson Maine. The Pearl Jam frontman helped serve as inspiration for Bradley Cooper as he was crafting his A Star Is Born character, adding inside information and mannerisms to his Best Actor nominated performance.

“He gave me minor, little things that only musicians know about what to do, just aesthetically and the inner workings" Cooper explained last year in the lead up to the film's release. The gravity and gruff of Vedder is ingrained in Maine, and helped make Cooper's role of a well-worn rockstar something special. 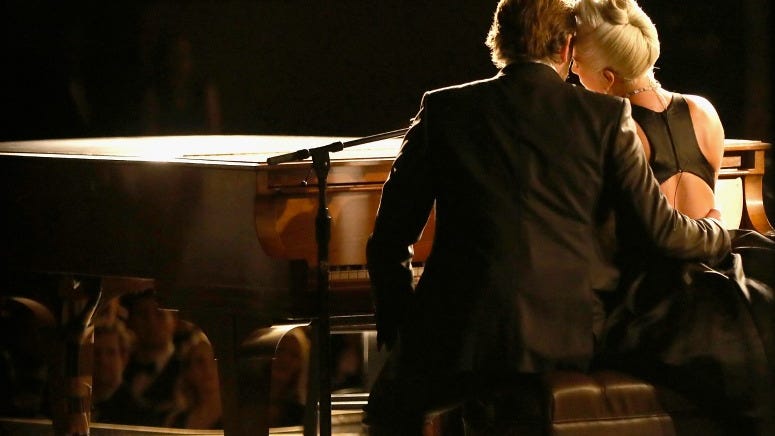 After a rumor-fueling, heart-fluttering performance at the Oscars, A Star Is Born has received another shot of pop culture power. With a win for Best Original Song, "Shallow" has shot back to being the number one song in the country, and the soundtrack to the film has taken the top spot on the album chart as well. All this to say that Lady Gaga and Cooper sure did something right, and Eddie Vedder will forever be a part of that.

On Sunday night in Arizona, Vedder paid tribute to the film and one of its most soul-stirring songs. Alone with an acoustic guitar just like Jackson Maine, Vedder echoed that emotion with his own performance of "Maybe It's Time."

"Maybe It's Time" was written by Jason Isbell. The GRAMMY-winning singer was blown away by the performance from the Innings Festival, trying on Twitter to comprehend. "Holy s*** Eddie Vedder sang my Bradley Cooper song in his set tonight" he wrote. "That is by far the strangest sentence I’ve ever composed but it’s certainly a huge honor."

Holy shit Eddie Vedder sang my Bradley Cooper song in his set tonight. That is by far the strangest sentence I’ve ever composed but it’s certainly a huge honor. I was 12 when “Ten” came out and by god I learned how to play every song on it.

Vedder also covered songs by Warren Zevon, Bruce Springsteen, The Beatles, and James Taylor during his set on Sunday.