Will Smith wasn't sold on the role of the Genie when he was first approached about the upcoming live action edition of Aladdin.

"Hell no" he told Jimmy Fallon on Monday night during The Tonight Show. "Robin Williams smashed that role" he continued. "When you look at things like that you always try to find, like, what would you do differently? What would you add to that? I looked at it, and the first thing was, I didn't feel like I wanted to touch it." 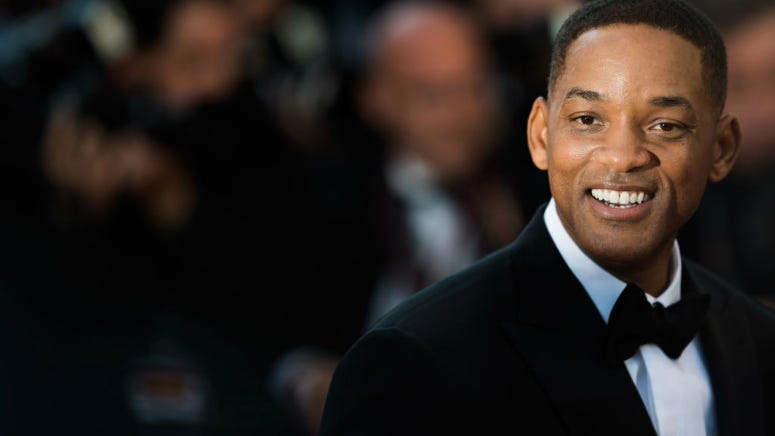 Eventually Smith came around when he realized he would be able to put his own stamp on the performance, and the music. You can feel it as the Independence Day star goes into his version of the classic "Friend Like Me." Over a drum beat from a 1973 song from The Honey Drippers, Smith spits the lyrics to the Genie's big number with some Hip Hop attitude and soul.

"It is fantastic, man" said Smith about Aladdin, expected to be a huge production to recreate the magic of the 1992 animated film. "It's everything. It's singing, dancing, rapping, acting, special effects, there's elephants."

In honor of the film, Fallon attempted to show Smith the studio, shining, shimmering, splendid. The two raced Magic Carpets around the halls of The Tonight Show, with Fallon falling to the Genie in the clip below.

Aladdin is in theaters on May 24th.