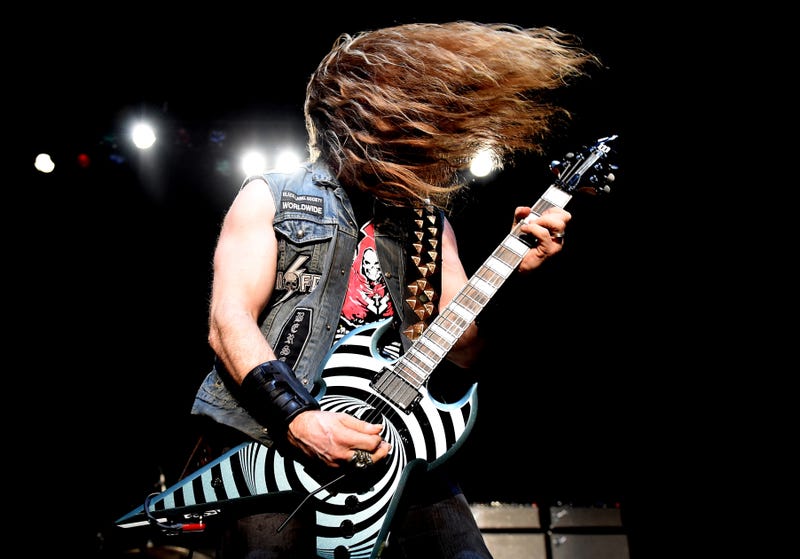 "It's amazing that our livers are still intact" says Zakk Wylde after 20 years fronting the band Black Label Society. The legendary guitarist for Ozzy Osbourne is out on the road with his own outfit this week, celebrating the 20th anniversary of the group's debut LP, Sonic Brew.

It's been almost 10 years since the burly axeman quit drinking, but he still jokes about his hard-charging "Berserker" ways. "I do not drink anymore, but, I do sniff glue and eat paint chips, and the results are astoundingly the same."

"I woke up with my pants around my ankles and the fellas all assure me that I was beyond hysterical last night."

The legend of Wylde's antics are matched only by the acclaim he's received as a guitarist, with his famous Les Paul Bullseye guitar hanging in the Rock N’ Roll Hall of Fame. Zakk is regarded as one of the best to ever do it, as his work with Ozzy Osbourne and his other projects has influenced a generation of rock. Unfortunately, that spot with the Prince Of Darkness has been put on hold, after Ozzy suffered a series of tour-stopping injuries. 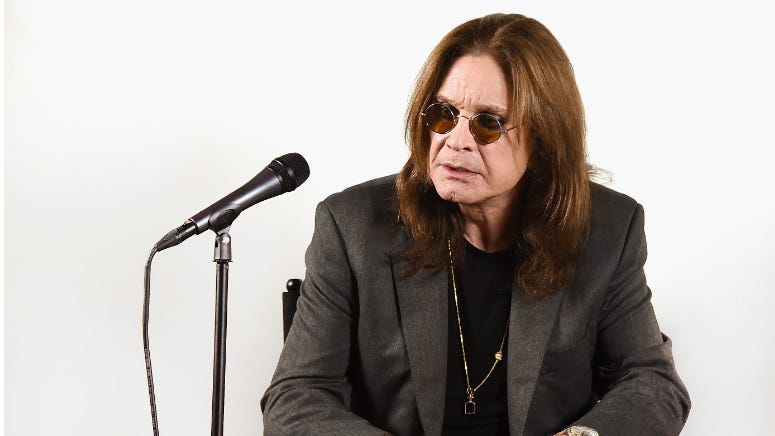 Jack Osbourne: Ozzy Back to Being "Cynical Old Self" After Health Scares

First with a staph infection in his hand, follow by a case to pneumonia, topped off with a fall that dislodged several rods put in his body from an ATV accident, Osbourne's health has been a big question all year. Wylde, sadly, had a front row seat for all of it.

"The thumb thing when he got the staph infection, he goes 'look at my thumb man'" Wylde recalls. "I was like, Ozz, you have to use more precaution when you're smashing the genitalia" he joked. "I go, 'you're out of control.'"

Ozzy would laugh off the injury and visit the doctors to get it drained. "I guess when he went to the doctors they were like, 'you're not going anywhere'" Wylde remembers, learning that it was indeed a staph infection that could be fatal if not treated. It would be followed by a flu that turned out to be much more serious. "He's just laughing about the whole thing, like, what else is coming."

Through it all, it sounds like Osbourne remained in good spirits, continuing to joke with Zakk and the rest of the crew. "Ever since I joined the band I've always said it's a miracle any work ever gets done" says Wylde. "We're always crying laughing."

Wylde will continue with the 20th anniversary tour for Black Label Society and work with other projects in Ozzy's absence since he's been shut down for the remainder of the year. However, Sharon Osbourne has already put wheels in motion for Ozzy's return in 2020.

"I guess with mom over there, with Mrs. O, she's already scheduled dates already for 2020" says Zakk. "We glue him back together and then he wants to get back out again. That's the game plan right now."

For more from Zakk Wylde on life with Ozzy Osbourne, and the 20th anniversary edition of Black Label Society's debut album, listen to the full interview below.