“It’s so impressive- I have a love affair with Taylor Swift. Not like THAT!”

Brendon Urie is gearing up for not one, but two 2019 Billboard Music Awards performances. With an opening slot that marks the live debut of Taylor Swift collab “ME!,” the first-ever BBMAs performance from Panic! At The Disco, and four nominations up for grabs, the charismatic frontman has plenty to look forward to tonight. 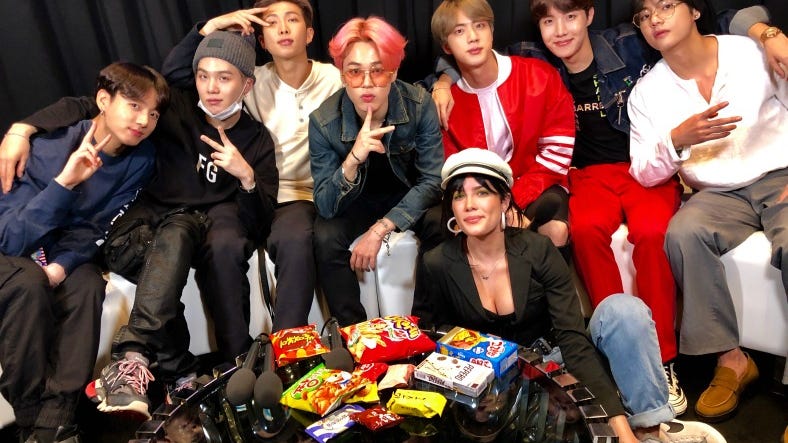 Brendon is showcasing his versatility with two very different performances from his overlapping worlds.

With one of the most seamless transitions in music history (according to science, of course), he’s been able to shift from being the brooding lead of a beloved emo band to quickly becoming one of the biggest names in pop. A musical evolution that’s brought us all the way from smash debut A Fever You Can’t Sweat Out to most recent album Pray For The Wicked was solidified when Taylor Swift revealed he would be a helping hand in her highly-anticipated comeback.

Brendon Urie as a household name? We think yes.

A genre-crossing career that’s helped Panic be embraced by every format from Adult Contemporary to Alternative is being crowned by the pastel, cat-featuring, floral greatness that is “ME!” Hear about how Taylor Swift’s latest cat came into the picture, Brendon Urie’s suit, and what to expect from his performances tonight in the video above.

Watch live when the 2019 Billboard Music Awards, hosted by Kelly Clarkson, air from Las Vegas on Wednesday May 1st at 8 PM ET on NBC.