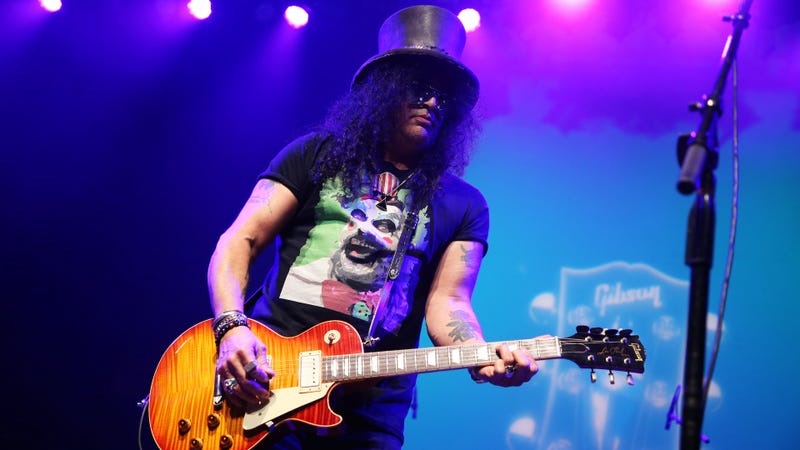 You’d be hard-pressed to find a Rock fan who didn’t at some point own a copy of Guns N’ Roses 1987 debut album, Appetite For Destruction, but according to Slash, we stand corrected…

During a recent interview with Goldmine, Slash revealed he is not a big “collector” of items from his career — including a copy of the debut album.

“If you were to come to my house, you’d be hard pressed to know I was in a band,” he shared. “Or at least any band you had heard of… I don’t think I’ve ever owned the Appetite for Destruction record. And even if I did, I didn’t live anywhere, so I wouldn’t have any place to put it!“

Crazy to believe that of the more than 30 million copies of that album sold, not one found its way to Slash. But then again, why own the album when you can rip it on this guitar yourself?

Appetite for Destruction is listed as the seventh best-selling record of all time and features hit singles, "Welcome To The Jungle," "Paradise City" and "Sweet Child O’Mine."