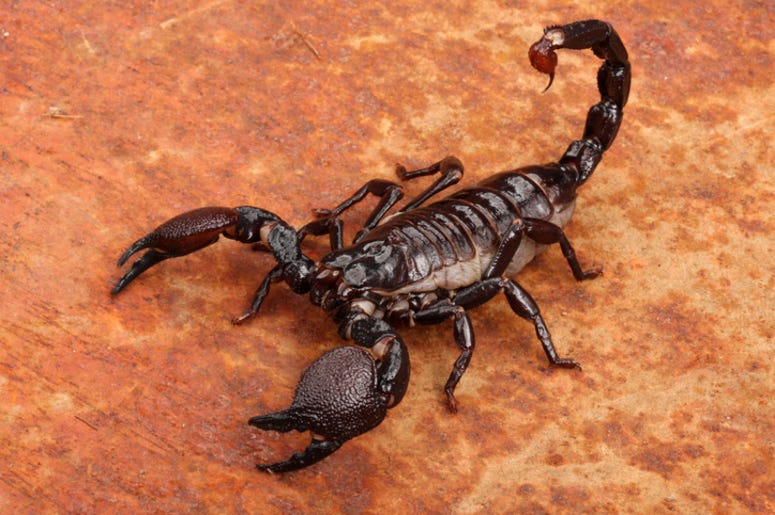 There are many reasons to visit Big Bend National Park in Texas, but based on a photo recently shared by the park; they may not be looking for any more visitors. Big Bend recently shared photos of an acid-shooting “spider-scorpion” that is found in the park. Despite some being amazed by the arachnid that looks like a cross between a spider and a scorpion, others say it was enough to make sure they never step foot inside Big Bend.

The animal in the now viral photo is known as a vinegaroon, but is also sometimes referred to as a whip scorpion. According to the National Park, they appear in the summer as they search for food. “Vinegaroons are about 3 inches long and relatively benign unless you happen to annoy them. They can pinch with their heavy mouthparts (pedipalps) and shoot a well-aimed spray of 85% acetic acid (vinegar) from the base of their ‘whip’ to protect themselves,” said the park.

Despite the vinegaroons not being venomous, many online wanted nothing to do with them based on the look alone. According to Fox News, One commenter said, “and this is supposed to make me want to visit that park?" Hopefully this doesn’t ruin any future vacation plans.