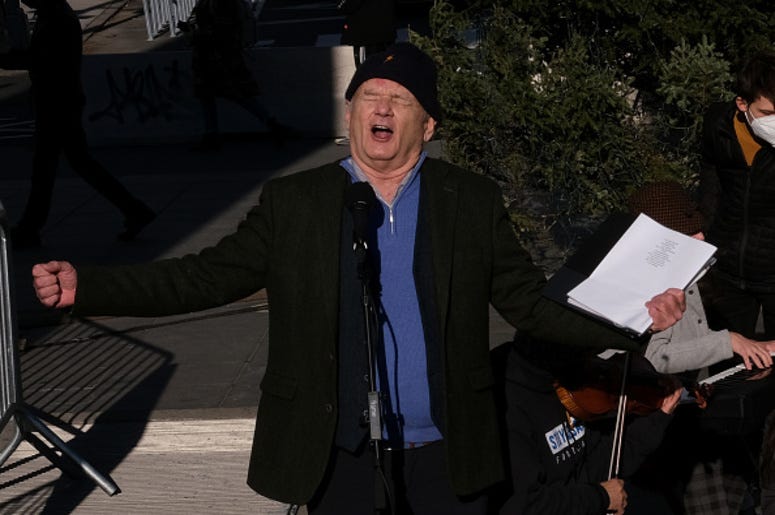 Bill Murray has gained plenty of fans over the years thanks to his acting, but it’s the stories about Murray in his personal life that makes the actor truly beloved by the world. Over the years, a number of unbelievable stories have been told about Murray showing up to places and immediately becoming the life of the party. Now, it appears the actor is back at it, this time surprising fans with an impromptu musical performance at the iconic Carlyle hotel in New York.

Bemelmans, the legendary piano bar at the Carlyle hotel, had an exciting night recently when Bill Murray decided to show up. Of course, Murray couldn’t handle just being in the audience, so he decided to get on stage and perform a few songs. According to Page Six, Murray showed up with a band and “played 10, maybe 15, minutes.” While on stage, Murray performed ‘It Ain’t Necessarily So’ from Gershwins’ ‘Porgy and Bess,’ and Van Morrison’s ‘When Will I Ever Learn To Live In God?’

Of course, the audience was stunned by the performance and left with a story most would never believe. This is not the first time Murray has commandeered a stage, as just last week the singer took the stage at Washington Square Park to sing the Broadway classic ‘I Feel Pretty.’ Soon enough everybody will have a Bill Murray story.