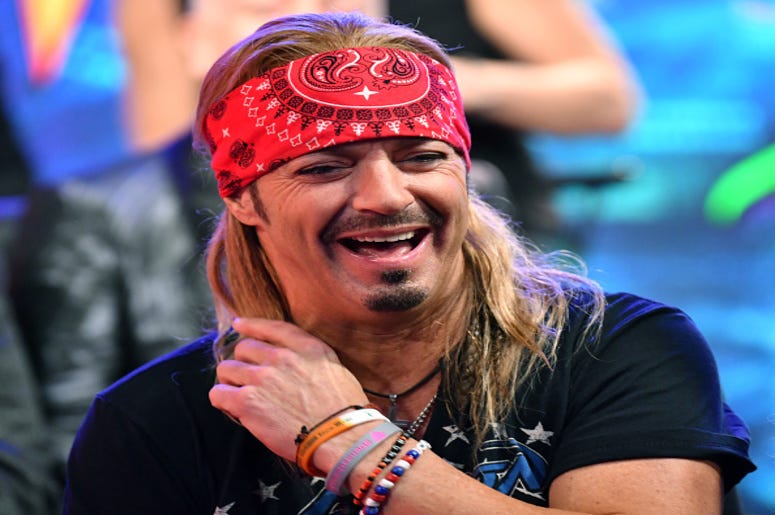 Anyone who has ever performed a cover song has dreamed of the actual band recognizing them and asking them to join the group. Sadly this rarely happens, unless the person is current Journey frontman Arnel Pineda, former Judas Priest singer Tim Owens, or Mark Wahlberg’s character in the movie ‘Rock Star.’ However, a Poison cover band recently got the next best thing, as Bret Michaels saw what they can do and asked them to join him on stage.

Omg THE legendary @bretmichaels sent tonight's performer @ShotOPoisonBand a message of good luck! If this isn't the best way to celebrate a new #ClashOfTheCoverBands, I don't know what is! 🤩 Join us at at 9:30/8:30c on E! pic.twitter.com/jSzzEfJXOs

Shot of Poison, a Poison cover band featuring artists Fret Michaels, B.B. SeVille, Kenny Rockkit and Bobby Dollface, recently performed on the E! series, ‘Clash of the Cover Bands.’ However, before their performance, the band was greeted with a special message from none other than Bret Michaels himself. “This is my gift to you — I just want to say for all your hard work and dedication to making a Poison show look incredible and everything that you do, I want to invite you to join me onstage, alright?" said Michaels in a video shared on E!’s twitter page.

Sadly, the Poison cover band lost the competition to a Depeche Mode cover band, according to Loudwire. However, that won’t stop them from getting to play with Michaels. The band will join Michaels for ‘Nothin' But a Good Time’ on his upcoming tour. Hopefully he let the rest of Poison know.