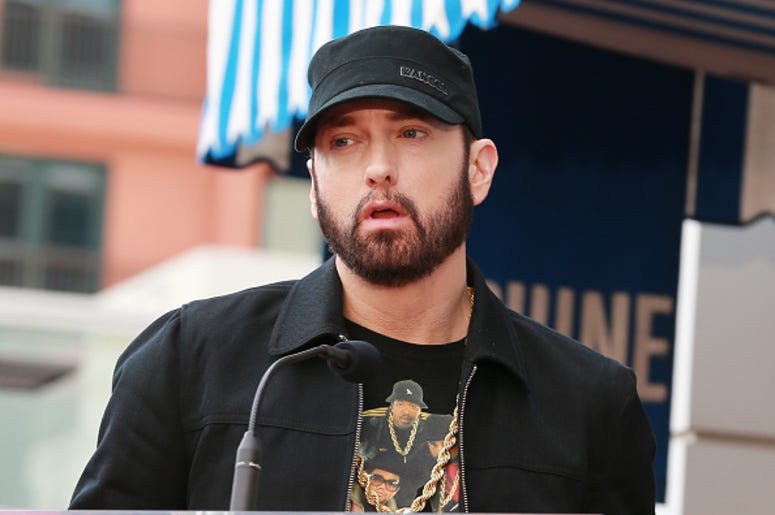 Song lyrics can be hard to decipher at times, but every once in a while; a line is said that sticks in the minds of listeners forever. For Eminem fans, there are many memorable lines they can point to. However, arguably the most famous is “mom’s spaghetti” from his hit song ‘Lose Yourself.’ Now, Eminem is leaning in to his often used line, appearing in a low-budget commercial for a restaurant called “Mom’s Spaghetti.”

“Mom’s Spaghetti” first gained attention in 2017, when the pop up restaurant in Detroit received Eminem’s blessing to use one of his most famous lyrics. Now, the pop-up restaurant is opening a more permanent location, and the iconic rapper has decided to lend a hand to help promote the restaurant.
Along with the restaurant, a store for Eminem fans called ‘The Trailer’ is opening as well.

According to Bro Bible, when customers call the phone number that appears on the commercial, they are greeted with a message saying “order in the alley between Union Assembly and the Fillmore, then head in to find a seat next to the bodega or head upstairs to scope out The Trailer.” Hopefully the restaurant leaves the vomit covered sweaters at home.