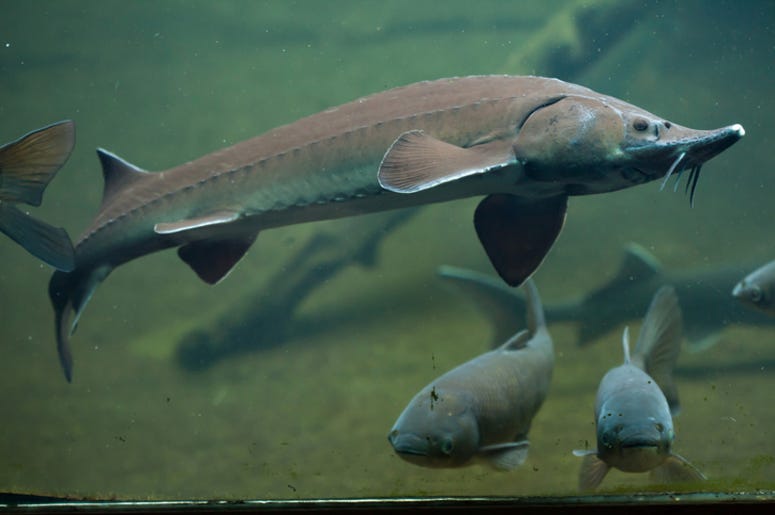 Fishing can be pretty boring at times, as anglers sometimes sit for hours without anything to show for it. However, when the big catch comes it makes everything worth it. One fisherman recently had the catch of a lifetime, and even managed to capture it on video. In the video that recently went viral, a massive 350-pound fish can be seen emerging from the water as it is reeled in.

In the clip that has since gone viral, a massive sturgeon leaps out of the water, as the anglers attempt to reel the catch into the boat. The viral moment occurred while a group was fishing on the Fraser River in British Columbia. According to Fox News, the video shared by The Yves Bisson Sturgeon Co has been viewed over 4.7 million times.

Tour operator Yves Bisson called the catch "the fish of a lifetime." Still, the group tagged the fish and released it back into the water. Otherwise that would have been one large dinner.