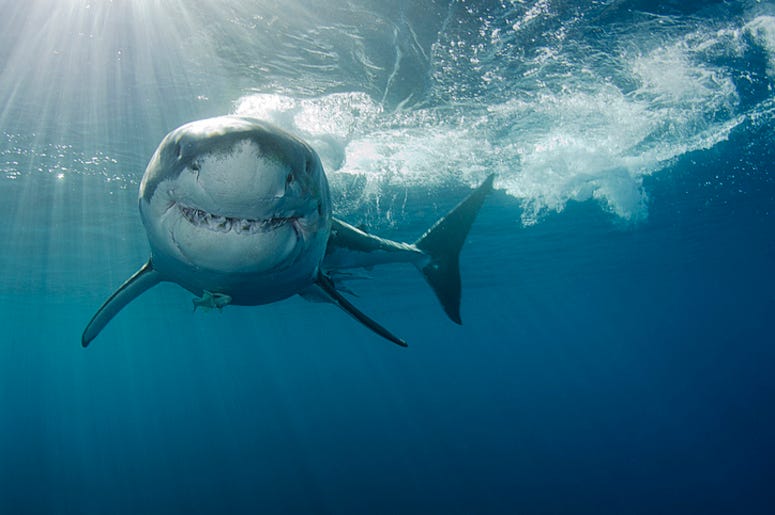 Animal photos are what the internet is all about, but usually they are either hilarious, adorable or both. However, when those photos involve sharks, usually they are more about fear. Photos of a massive great white shark went viral recently, as it appears to perfectly recreate the ‘Jaws’ movie poster.

A post shared by Be A Shark Adventure Travel (@be_a_shark_)

Thanks to movies like ‘Jaws,’ many people have a fear of sharks, even those that don’t spend much time near the ocean. While the 1975 film has become a classic that is still watched today, the animatronic shark just doesn’t have the same effect that it used to. However, a new image of a shark in Mexico recreating the iconic poster is enough to scare people out of the ocean once again.

According to the New York Post, the photo was shared by Nikki Brant Sevy and Euan Rannachan on their Be A Shark Adventure Travel Instagram account. “She rose up directly in front of me and I knew I had the chance at a Jaws movie poster shot,” said Sevy of the viral photo. Now, if there is ever a ‘Jaws’ reboot, they can use this shark instead of a fake one.