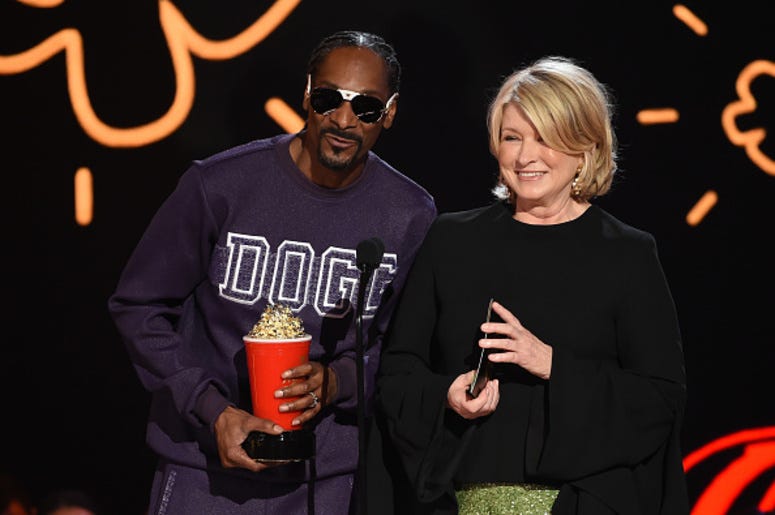 Over the years, there have been a number of duos that have taken over Hollywood, but none quite like the combination of Snoop Dogg and Martha Stewart. The unlikely duo has worked together on a number of projects, and now is teaming up once again. It was announced this week that the rapper and lifestyle guru will reunite for a Halloween special on Peacock.

The upcoming special, ‘Snoop and Martha's Very Tasty Halloween,’ will be a cooking competition where skilled bakers will be split into groups of three and will be tasked with building a "full-sensory 12x12 Halloween world." Making things a little different than the standard cooking show, the chefs will be asked to make something that is "inspired by the concept of fear." Snoop Dogg and Stewart will serve as judges for the competition.

According to Fox News, Snoop Dogg and Martha Stewart first collaborated back in 2008, and since have worked together on a number of projects. Fans were excited to see what the iconic duo will be up to this time. It’s only a matter of time before Martha Stewart finally appears on a rap song.