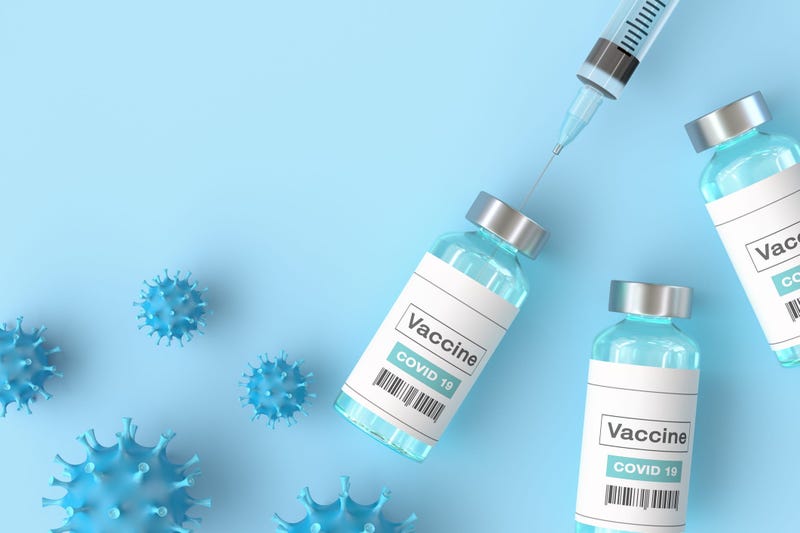 As several government buildings, businesses and schools plan to mandate vaccinations for their employees following a surge in COVID-19 cases, many experts are weighing in on the mandate.

State officials announced Monday that California state employees and health care workers would be required to show proof they received their COVID-19 vaccinations or will have to submit weekly testing.

“As the state’s largest employer, we are leading by example and requiring all state and health care workers to show proof of vaccination or be tested regularly, and we are encouraging local governments and businesses to do the same,” Gov. Gavin Newsom said in a statement.

“I think our patience has run out and I think tolerance for the non-vaccinators are starting to slip away," Caplan told KNX 1070.

I think we’re starting to say ‘Look, we’ve really got to push hard. Go to mandates; go to even passports, proof of vaccinations to make sure we can keep functioning as a society.'”

He added that the alternative to vaccinations is lockdowns and school closures, saying no one wants to experience that again.

Businesses are not the only places requiring vaccinations.

On Tuesday, California State University announced its locations would be requiring students to get the COVID-19 vaccinations. Long Beach Mayor Robert Garcia announced Tuesday that city employees would be required to be vaccinated, making Long Beach the latest city to enact such a requirement.

We are announcing today that all @LongBeachCity employees will need a mandatory vaccination or be required to show a weekly negative COVID-19 test. Thank you to the 72% of employees who are already vaccinated. It’s important that public institutions model responsible leadership.

As for Los Angeles, LA County Supervisor Holly Mitchell told KNX In Depth the board has not discussed a policy for the county employees, but that if it does happen she does expect push back from some constituents.

Some #LosAngeles city council members are calling for a #VaccineMandate…a requirement that all city employees get vaccinated. @KNX1070 pic.twitter.com/2A3iiP9ITe

“I think there’s going to be a huge pushback. We’re receiving pushback right now for mandatory masks for indoor spaces,” Mitchell said. “I am sure there will be a lot of people who express deep concerns.”

Councilmember Bob Blumenfield said the mandate is the next step that needs to be taken.

"Having a vaccine mandate makes sense," he told KNX 1070. "We need to do it in the right way, of course. We want it to be legal and constitutional and we can figure that out."

Los Angeles Councilmember Mark Ridley-Thomas said in a statement that he plans to introduce a motion at Wednesday’s City Council meeting that would city employees to be fully vaccinated.