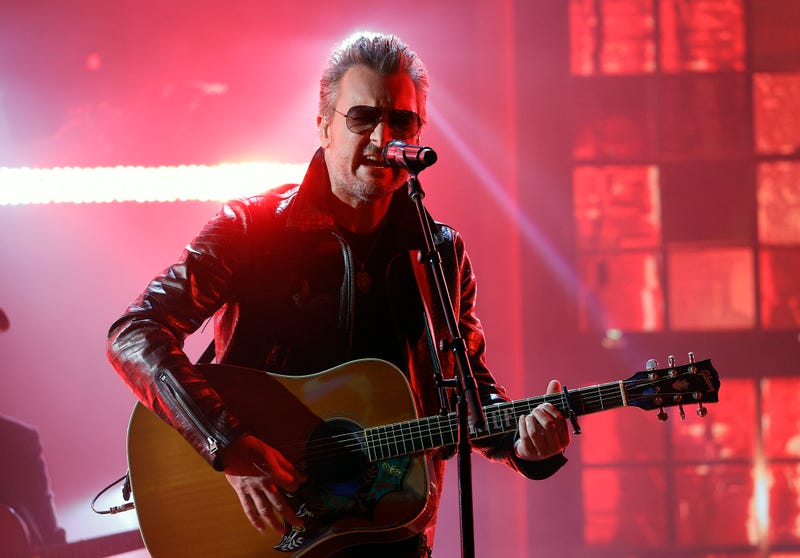 Eric Church's favorite Halloween costume was one he had in college...and it was a last-minute choice for the singer who's now a country music superstar.

“My favorite Halloween costume really came, I remember when I got a little older my first year of college, there’s this thing they do every year in Chapel Hill, North Carolina – Halloween on Franklin Street," he recalls in a statement from his label. "We drove down from Boone, North Carolina.

"I had a bunch of friends that went to University of North Carolina, and we didn’t have costumes and didn’t realize until we were on the way that we had to have costumes," he continues. "So, we stopped at a costume place in Greensboro, North Carolina.

The saga continues. "It’s Halloween, so there’s a run on everything and couldn’t find anything. And we end up getting sent around, driving around town. We end up finding this hole in the wall place, but they had the full costume, Sesame Street outfits. The real deal. The real ones [with] feathers and fur. We were Elmo, Cookie Monster and I was Big Bird, and the Big Bird was the actual Big Bird. It’s about 7-foot-4, and you looked out of the body and then you had these straps that went on since the head was a lot higher.

"There’s a lot of beer involved in Franklin Street, so we get down there and as the night went on, my straps broke, so the head would pivot," Eric goes on to explain. "And so, I would be walking one way and the head would be facing the other, and it just became this funny…I didn’t know the head was on backwards. I had no idea. I see out of the body, so I’m just kinda walking around and people were talking to my ass-end," he laughs. "The whole time people would come up and start talking and go, ‘Hey, turn around.’ And I’d turn around, and they’d go, ‘No turn around.’ It was a mess.

"That year, there was no other Big Bird on Franklin Street.”