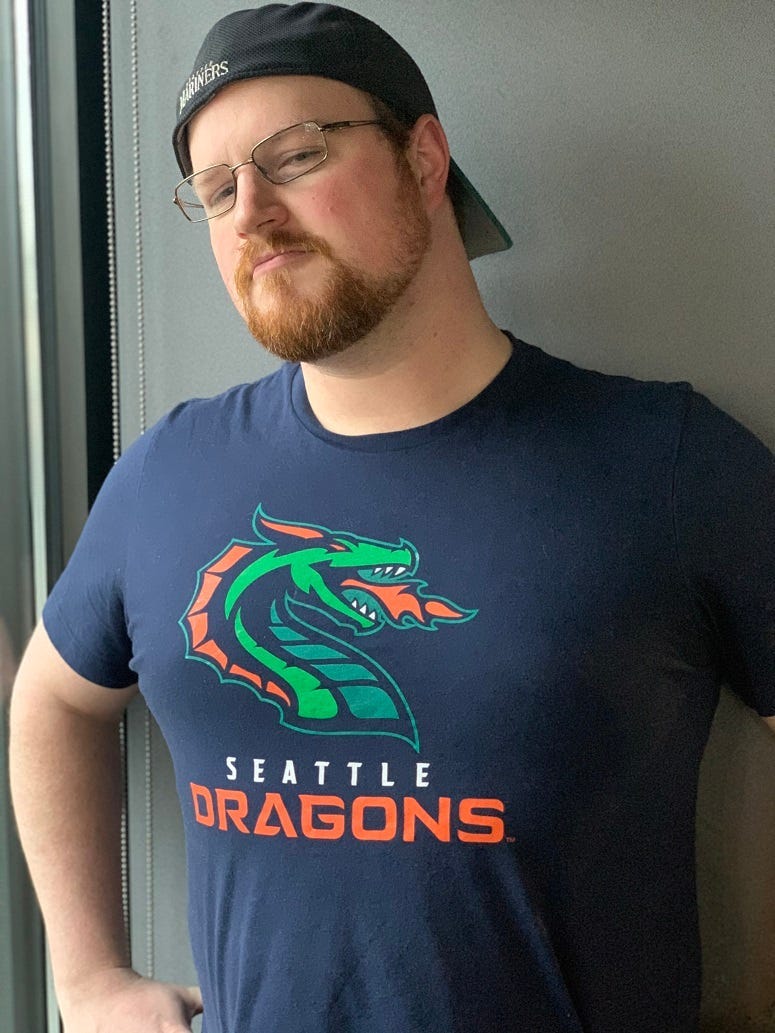 We've made it halfway through the XFL season already! And boy did we come in like a wrecking ball! This last week, we played the top of the league, the undefeated Houston Roughnecks. It was a rough game for a couple of reasons. Having the lead of 14 unanswered points early on in the game was a very promising and exciting thing to see Saturday morning. But, doing what they're known to do, Houston bowed their necks and dug in in order to get the best of our Dragons. I will say this; when I blogged last week, I said that I believed our boys could beat them. I can stand here and confidentally say that nothing has changed that opinion. I don't believe our boys lost that game this weekend, I think they got beat. They went out there and played their hearts out, but were bested. This is a team that can be beat, especially when we've got homefield advantage on our side. We're going to close out the season against them, and I think we can rally and give them a rematch they'll talk about for a while. With the vast improvement BJ Daniels has been for this crew, and the chemistry that's building by the play, I have full confidence that these boys are about to turn up the heat in the second half!

On the subject of the final moments of the game, I will say this, the league did exactly what they should have done in my opinion. It was a gaff, and a pretty bad one. For those of you that don't know the context: Houston attempted to ice the game after gaining possession one final time, but took a knee 2 seconds early on 4th down on their own 22 yard line. This should have given Seattle the ball for, presumably, one final play that COULD HAVE changed the outcome of the game, but the officiating crew made a mistake and ended the game with 2 seconds left on the board. Being that we were down by 9, a touchdown from the 22 and a 3 point conversion to tie the game is not impossible. Regardless of how bleak it looked and how unlikely it was that we were going to win that game, that play still should have been made. But to the fan base, let's not pretend that there was an abundance of evidence that we could have won the game with that 1 extra play. You should ALWAYS play every game in its entirety, but I'm not going to cry for too long over a game that was fairly clearly over, don't forget, the Dragons didn't rush back out there to claim their final play either. Regardless, the league acknowledged the mistake, and reassigned the head official of the game.

BJ Daniels is SHIFTY in the pocket

We're about to see a change in this team. If you think this team of professionals is taking this 1-4 record lightly, I think you'd be mistaken. They see the love that this city is giving them and they're hungry to give it right back. They're coming together and finding their chemistry. In the second half of the season, expect to be surprised at how they just seem to be doing better. We wont know how or why, but their record is going to improve, and we're gonna see a comeback that this league has never seen before. Keep breathing that fire 12s, we're bringing our boys home to host the Wildcats this week, and based on their performance this weekend, we're going to be going right back into the fray in the second half of the season. I'll be back to celebrate the victory next week! With that...Mike Hawk is OUT!