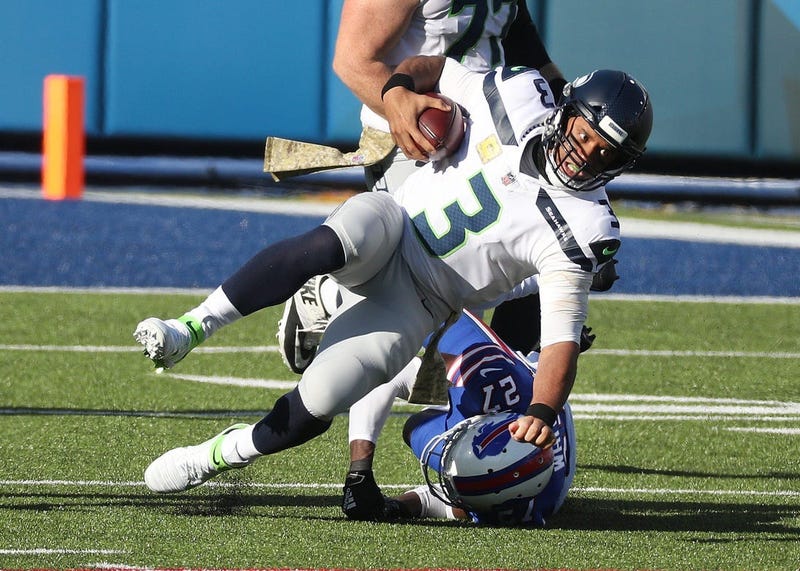 Well....not our best showing by far. That being the case, I'm not going to give a massive breakdown of both sides of the ball this week (and because I'm swamped with Live Day prep), but I'll instead say that we simply were outmatched this week. It would be easy to blame it on some missing starters this week (Carson, Hyde, Griffin, Iupati), as well as injuries sustained during the game to our already faltering defense (Reed, Mone, Wright), and some playing on injuries (Dunbar), but the fact of the matter is, we got beat. Our defense was not able to stop the Bills offense the entire game, and our offense couldn't keep up with the constantly growing deficit. That being said, we had plenty to be proud of on offense. DeeJay Dallas had another fine showing this week, as well as the welcome back to Alex Collins at running back. And let's not forget the fantastic throws Russell had to Lockett, Metcalf, and that massive bomb to David Moore.

What a beauty of a throw! 😱@DangeRussWilson connects with @DMoeSwagg23 for the TD!

Overall, this game doesn't worry me much. We weren't at our best, the cross-country AM games always seem to throw us off, and with a team as real as the Bills, it was almost fated to be a rough game (albeit nobody saw it being THAT rough), that being said, it was a loss we could afford. We're back on the Left Coast and going into LA for another divisional matchup against the Rams, another very real team that has been the bane of our existence in this division. We'll keep a close watch on injuries leading into this one, but I still don't see a reason why we CAN'T come out ahead in this game. We're winding the season down, and we're in the rough gang. Stay strong and cheer loud. With that....Mike Hawk is OUT!